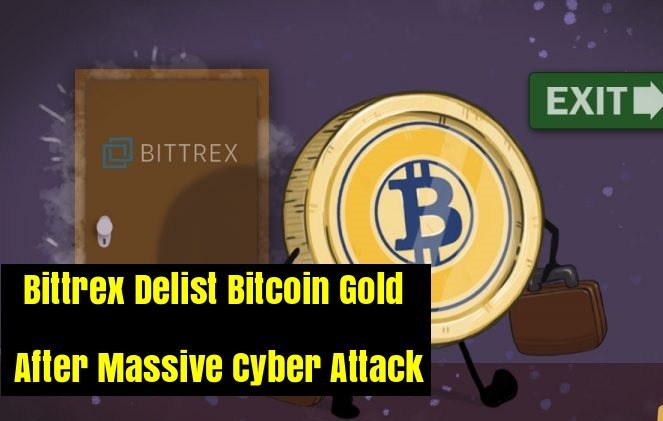 Worlds thirteenth largest cryptocurrency exchange Bittrex has decided to delist the Bitcoin Gold(BTG) from this blockchain after they Bitcoin Gold declined to pay 12,372 BTG.

The result causes an amount of approximately $18.6 million USD worth of Bitcoin Gold was transferred to an attackers cryptocurrency exchange.

In this case, Bittrex informed to Bitcoin Gold to paying 12,372 BTG to cover the loss they incurred and later they said, “We would cover part of the loss from their own BTG reserves and requested BTG pay the remaining ~6000 BTG” If not them Bitcoin Gold would be delisted From Bittrex Exchange.

51% double-spend attack has always been a known high risk in the blockchain world, In this case, Attack is not because of any fault or flaw in the BTG blockchain or code and the Bitcoin Gold using the same code as the bitcoin code.