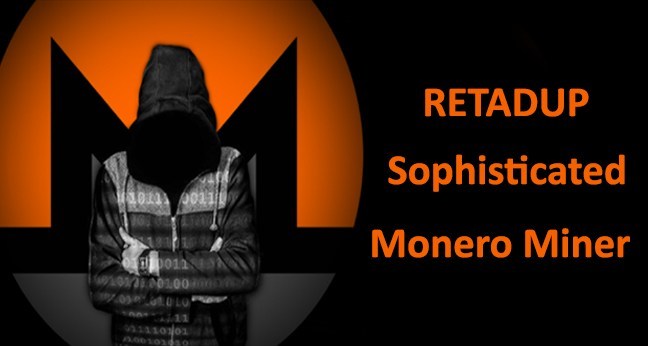 It allows users to automate repetitive tasks such as keyboard shortcuts, macros, and automation software.

This new variant of RETADUP Worm detected by Trend Micro, with their further analysis based on the C&C servers it matches to other samples and threat actors behind RETADUP had a history of cybercriminal cryptocurrency mining malware attacks.

RETADUP AutoHotKey resembles in a number of way’s to it previous AutoIt variant in techniques such as propagation, evasion&detection, and in the deployment of malicious Monero miner.

Researchers said “AutoHotKey is most likely because of its novelty as a scripting language. This entails the lack of known or prevalent tools that can actively detect and analyze malware written in AutoHotKey”.

But still few of the new variant components using AutoIt, with the new version they used some form of obfuscation and polymorphism to help evade detection and the previous AutoIt-based variants don’t have this feature.

Attackers used AutoHotKey interpreter in propagation to run the malicious script, so if the system doesn’t have autokey it will be dropped and installed automatically. TrendMicro Published a detailed analysis report.