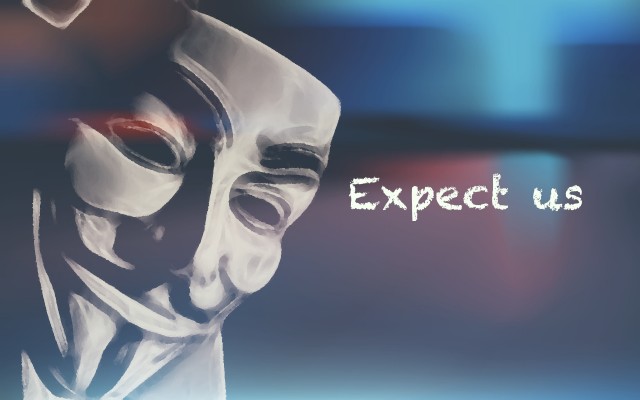 The global Anonymous network is relatively much bigger than your actual anticipation, a recent visual analysis by a University of Copenhagen graduate suggests.

This network is comprehensively linked to each other on the Web. The authentic magnitude and influence ratio of Anonymous has been the concern of many researchers.

The passionate supporters show that the community is growing, whereas on the other hand critics claim that their existence is getting reduced.

This is when a graduate student named Yevgeniy Golovchenko from University of Copenhagen’s Sociology Department decided to find out the true magnitude and influence of Anonymous throughout the world. And the results were surprisingly amazing, Anonymous seems to have a wide scope and is spread worldwide than previously expected.

Golovchenko makes use of Facebook pages to find all the possible links between different Anonymous pages, this helped him in attaining overall reach with respect to the international audience. He examined over two thousand seven hundred and seventy Anonymous Facebook pages that made over 22.2 million likes, combined. He said,

“This is just the absolute minimal size of the entire global Anonymous network.”

“The point of the study was to show the enormity and connectivity of the Anonymous movement at a global level. […] The end result revealed a network greater than he expected. [It was] a lot bigger than my Anon informants thought it would be.”

It is believed that the exact number of anonymous reach could be higher than the claimed number because the study performed by Mr. Golovchenko only includes those Facebook pages that matched at least one of the following conditions:

The analysis report also revealed that the Anonymous network is so vibrant and active that if one page gets expires, new pages are created in no time. Golovchenko also found out that, on average, a single page is linked to about eighteen other Anonymous pages.

Since Facebook “like” acts as a credit and illustrates that the administrator of one page is aware of the presence of another page. So Mr. Golovchenko used Facebook likes as a way to find connections with other Anonymous pages.

Facebook pages were used by Golovchenko to prepare this report because the pages are public and can be used to find Anonymous hacktivist associations throughout the world. All of the pages included in the report exists on Facebook to help the community to promote, share and organize projects.

After learning about the study results, Gabriella Coleman who is an Anthropology Professor at McGill University and also the author of “Hacker, Hoaxer, Whistleblower, Spy: The Many Faces of Anonymous” said that “the Anonymous network is larger than many of us thought.”

Professor Coleman who is one of the leading professional on Anonymous said, apart from other social media platforms like Internet Relay Chat Services and Twitter, “[there is] a parallel world, or really worlds, that live on Facebook”.