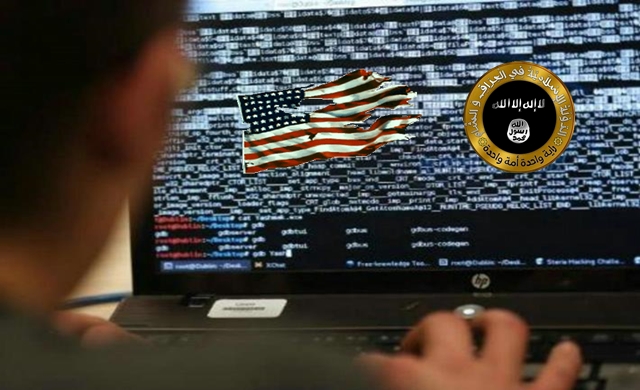 The FBI chief James Comey is worried about possible cyber attacks by the ISIS group on critical infrastructure in the United States — Comey believes “it’s coming.”

While addressing the Cybersecurity Law Institute at Georgetown University, FBI chief James Comey claimed that Islamic State (IS, previously ISIS/ISIL) is arming itself with latest cyber attack tactics and looking into its capability if the group can pull off such attacks on the United States.

The United States has been paying more attention to potential cyber attacks for last couple of years, but “it just makes too much sense” to see a destructive malware in the hands of terrorists. The terrorist groups are learning cyber war tactics from North Korea and China, Comey said.

Comey believes that terrorists may not be able to enter the United States physically, but they can hurt U.S. through cyber attacks, according to a report by CNN.

Comey and his rant against encryption:

It’s a known fact that FBI chief James Comey hates encryption. That’s why none of his speech or meeting goes without talking against encryption. In past he criticized Apple and Google for updating their smartphones with latest and powerful encryption, but now he believes the terrorists are using encrypted online platforms to recruit people into their groups.

ISIS and its cyber warfare capabilities:

Last week, a video released online claimed hackers linked with ISIS are intimidating a chain of cyber-attacks in the United States and Europe. The hackers also threatened to monitor electronic devices and communications of Americans and Europeans, they termed it as the start of a new electronic war in the video.

Can ISIS conduct a destructive cyber attack on critical U.S. infrastructure? Well… Maybe… Maybe Not, but as you know security is a myth so never underestimate anyone.

ISIS attack on TV5Monde and BBC:

The attack was so surprising and sophisticated that Yves Bigot, the director general of TV5Monde had to accept:

“We are no longer able to broadcast any of our channels. Our websites and social media sites are no longer under our control and are all displaying claims of responsibility by the Islamic State.”

The very same day another ISIS-led cyber attack on BBC (mostly) went unreported. The investigation conducted by HackRead revealed BBC News was impacted by a cyber-attack from ISIS, when ‘hackers’ were able to interrupt the channel’s live broadcast and upload propaganda material of Islamic State.

Appearance of the words “Je suIS IS” on TV Screens left viewers stunned while they were watching the BBC News Channel on Thursday April 9th 2015.

This happened during live transmission when a feature on BBC Channel was being broadcast and the red and white logo of the channel suddenly got replaced with the word “CYBRERCALIPHATE.”

Video shows BBC was under attack by ISIS: