Al-Hayat, an agency that spreads all the content relevant to ISIS on different online platforms has announced the ISIS intentions on moving their operations to Dark web.

There are a number of blogs and forums the agency posts regarding ISIS activities. Most significant of them are the Ansar Khilafah blog and the Shamikh forums.

In order to inform the users, the agency used blog posts to disclose ISIS plans with the activities online but this move is not something which would be implemented in coming months rather during summer, many of the ISIS sites have already been moved to the dark web. 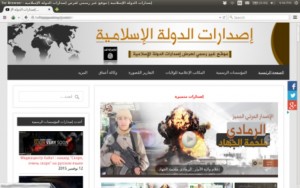 Mr. Scott Terban, who has been monitoring moves from ISIS, further found the group using “Telegram” more than Facebook and Twitter, which have been usually the most preferred method of the group for communication, according to his blog post.

Telegram is a chat client where all the conversations are encrypted to avoid the user from being spied.

For the very same reason, ISIS has been shifting all its operation on Dark web. In order to access content on Dark web, the user either has to be on Tor browser or has to use a browser that supports Tor.

In conclusion, ISIS is trying its level best to keep itself away from being spied by any authorities.

The Dark Web is a well-known place for cyber criminals to conduct their operations which includes selling of illegal products like drugs and banned medications. It also offers stolen goods. However, this maybe the first time when a terrorist group will adopt the platform to hide and spread its violent ideology.