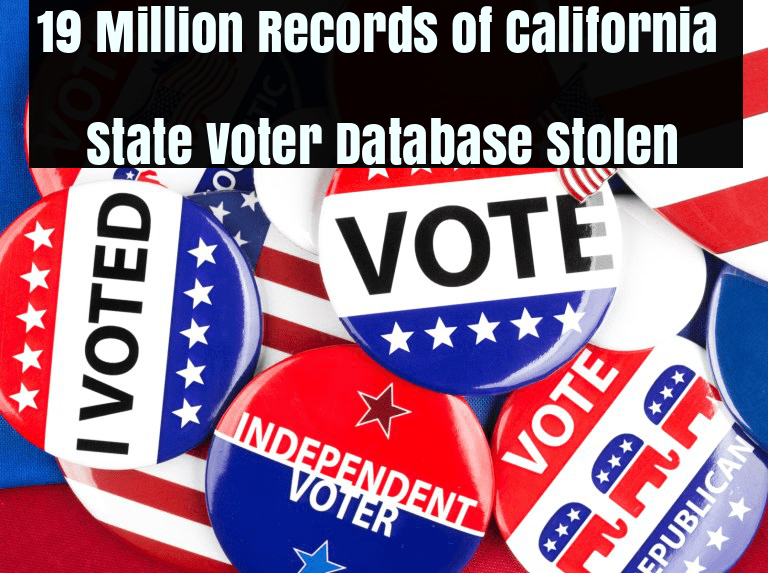 A newly discovered unprotected MongoDB database contains a large volume of data which belongs to California state voters information that Contains Every Registered Voter Data same as many of voter database leaked incidents have been reported in this year.

Leaked Database publicly available in online that can be accessed by anyone by having the just simple internet connection and the database named as ‘cool_db’.

Also, it was open to view, edit and modifying the entire database by anyone which contains 2 collections of the database. one collection contains set of voter registration data and other collections contain entire California state voters that are holding 19,264,123 records, all open for public access.

This Database used by unknown cyber criminals and they already demanded some Ransom amount via bitcoin and later it was deleted.

According to the LA Times California had 18.2 million registered voters in 2016 so this would logically be a complete list of their records.

According to Kromtech security We were able to analyze the stats data we saw in our report (metadata on total number of records, uptime, names of the collection etc.), as well as 20-records sample extracted from the database shortly before it has been wiped out and ransom note appeared.

Cyber criminals have used this database for demanding the ransom amount which is around 0.2 bitcoin ($2,325.01 at the time of discovery).

A Leaked contains 4 GB of data which including the following level of sensitive information.

The 4GB collection contained data structured with the following rows of Voter Database:

The information extracted from Data appears to have been created on May 31st, 2017 and second database contains a large amount of data which contains a massive 409,449,416 records in total.