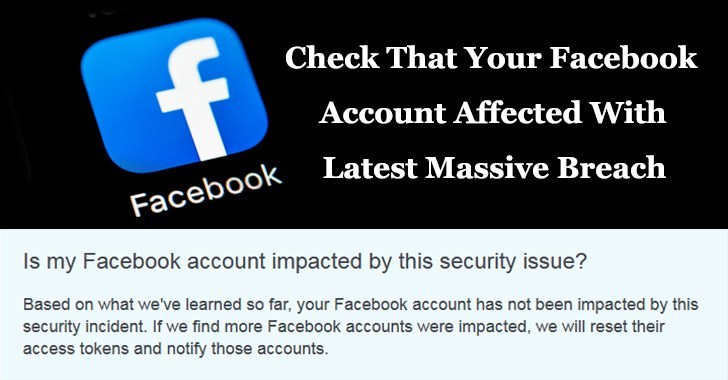 Facebook announced a massive security breach on September 28, 2018, initially it was said more than 50 million accounts access tokens was stolen by exploiting the software vulnerability in “View As” feature between July 2017 and September 2018.

The bug was discovered on September 25, 2018, and the attackers have exploited a vulnerability caused by the complex interaction of three bugs in our system to obtain access tokens.

15 million people – name and contact details (phone number, email, or both, depending on what people had on their profiles).

14 million people – the same two sets of information, as well as other details people had on their profiles. This included username, gender, locale/language, relationship status, religion, hometown, self-reported current city, birth date, device types used to access Facebook, education, work, the last 10 places they checked into or were tagged in, website, people or Pages they follow, and the 15 most recent searches.

“Based on what we’ve learned so far, your Facebook account has not been impacted by this security incident. If we find more Facebook accounts were impacted, we will reset their access tokens and notify those accounts.”

If you got this message then nothing to worry, if you account affected then Facebook tell you what kind of details the hackers stole.