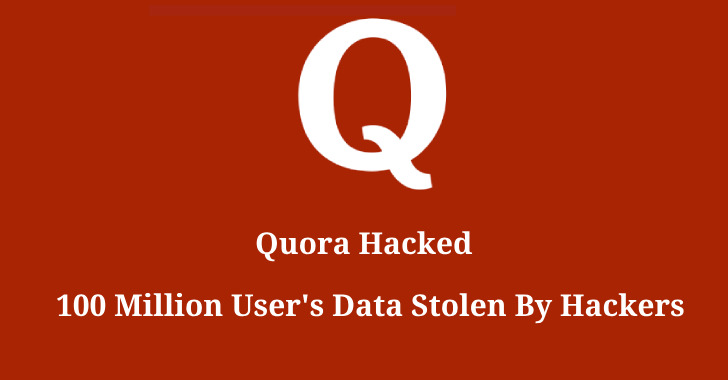 On last Friday Quora discovered that a malicious third party gained unauthorized access to their systems. Quora started an investigation with the help of third-party digital forensics and security firm and the investigation is still in the progress.

Quora determined that approximately 100 million users affected with the breach and following are the information compromised.

Quora confirms that the answers that are written anonymously are not affected by the breach as they did not store the identities.

Quora started notifying users about the breach and they are logging out all the users who may have affected with the breach.

If your account invalidated by Quora you will be prompted to reset your password by the next time while you trying to login Quora.

While the investigation is still ongoing, we have already taken steps to contain the incident, and our efforts to prevent this type of event from happening in the future are ongoing and a top priority, reads the blog post.