In recent news, a cybersecurity analytics firm, Cognyte was found to be responsible for leaving a huge database unsecured which led to more than 5 billion records being exposed online.

The database could be accessed by anyone and did not require any sort of authorization or authentication. It appears to be rather ironic that the database was made for the purpose of cross-checking whether the personal information of any client was present in the known breaches that were stored there. However, that database itself turned out to be exposed.

This discovery was made by researchers at Comparitech who found out that the information leaked included:

The data was stored on an Elasticsearch cluster and in total, there were 5,085,132,102 records. This data may or may not have been accessed by a number of third parties, there really is no way of telling.

According to Comparitech’s report, some of the data belonged to high profile data breaches such as:

From Cognyte’s side, a fast response was observed as cybersecurity expert Bob Diachenko, leader of the Comparitech security research team, informed Cognyte about the exposed data on 29th May 2021, and the database was secured three days later. 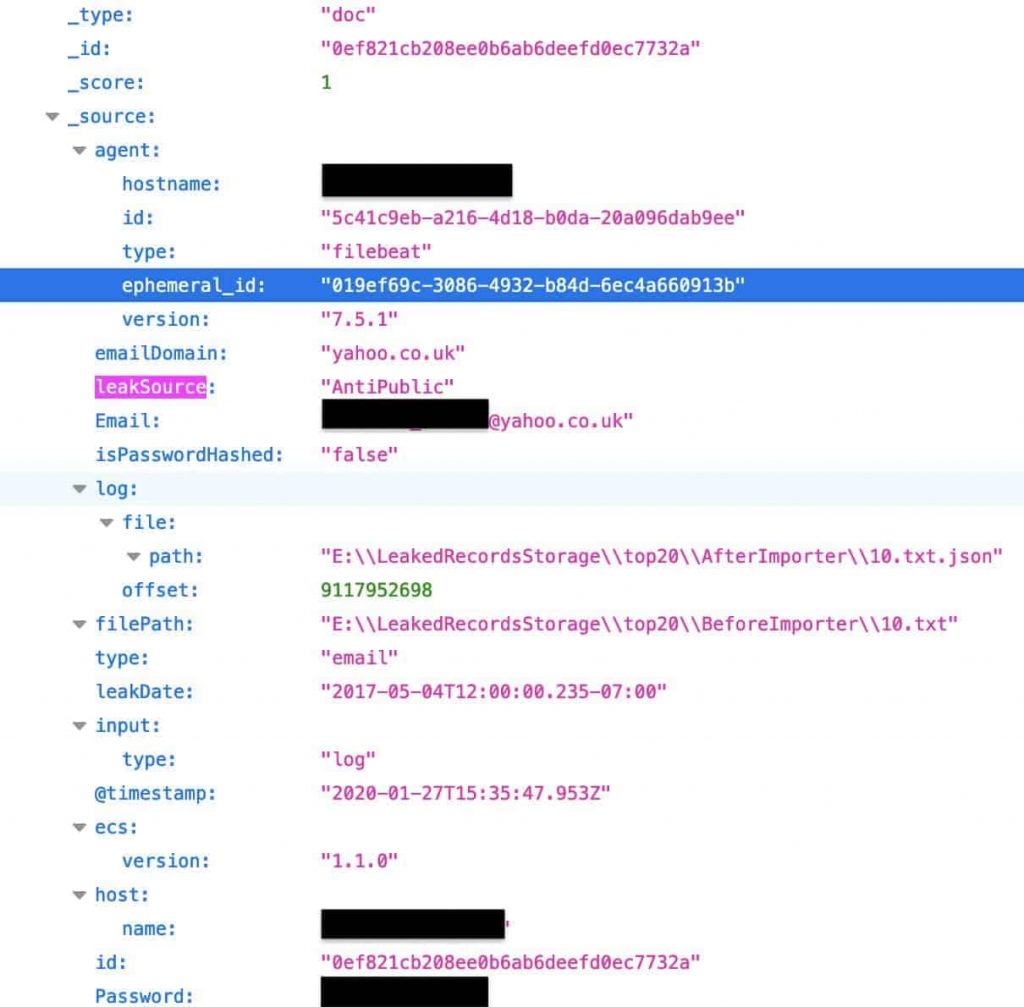 Although, it cannot be said for how long the database had been exposed before the Comparitech team found it. Nevertheless, the statement given by Cognyte to Comparitech stated that,

“Thanks to the information provided by the security researcher, Volodymyr ‘Bob’ Diachenko, Cognyte was able to rapidly respond to and block a potential exposure. We appreciate such a responsible and constructive approach, which helps raise awareness and induces companies and organizations to implement security safeguards and better protect their data.”

This however is not the first time when a cybersecurity company has leaked a trove of data collected from previous and large-scale data breaches. Last year, an England-based cybersecurity firm exposed 5 billion records (5,088,635,374 records) on an Elasticsearch cluster and forced publications to remove their name from the reports covering the incident.