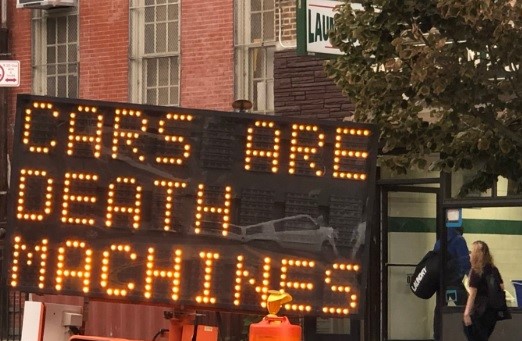 A new trend seems to have emerged among hackers. A few days ago network security experts reported that some electronic traffic signs placed around a construction on one of the major avenues at Brooklyn, New York, were altered to show somehow aggressive messages against drivers. Apparently, these incidents are still present.

As Jalopnik
digital media platform reports, that time, traffic signals showed messages like
“Stop using your car” or “Cars ruin cities”. After little
research, it was revealed that these traffic signals are not operated by the
New York Department of Transportation: “The signals belong to the
contractors in charge of construction,” mentioned department of
transportation representatives. A short time later, the signal operators
restarted them to delete the modified message.

However, those in charge of this hacking
campaign are still active as, just a couple of days ago, some signs placed on
streets around the same construction showed slightly more aggressive messages.
“CARS ARE DEATH MACHINES”, “CARS MELT GLACIARS” are some of
the messages recently shown.

New York Department of Transportation figures
mention that nearly 160 people have been killed in the city as a result of
traffic incidents, which has become a serious risk to pedestrians and cyclists
in the zone.

Regardless of the intentions of hackers,
network security experts emphasize that the systems that control these devices
are incredibly easy to hack, as the default password is the same for all
devices from a single manufacturer. To this we must add the low information security
awareness of the contractors, who do not even bother to change the factory
password.

There are few similar incidents recently registered.
A few days ago, network security specialists at the International Institute of
Cyber Security (IICS) reported that some traffic signs placed on Texas streets
were manipulated to display a message against the President Trump’s administration.

Another recurring case is the use of billboards
to display inappropriate content. On multiple occasions, threat actors have
hacked the systems that control these screens to display pornography in
shopping malls, large avenues and other public spaces. Although there does not
appear to be criminally motivated attacks, this is a sign of how poorly
designed are security mechanisms in little complex systems.