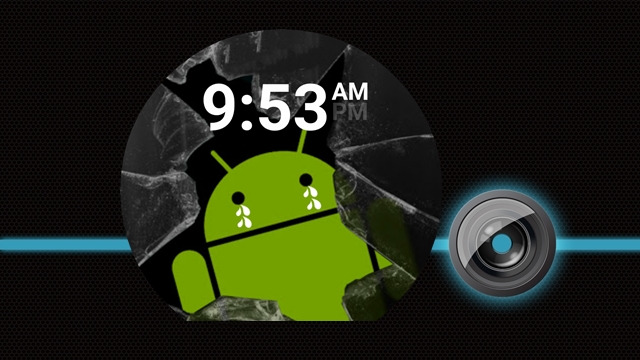 By the first quarter of 2015, hacker/cyber-attackers have optimized their efforts to design Android Malware to such an extent that every seventeen seconds a new threat is detected by security experts.

Android is undoubtedly the most widely used operating system in the world. Statistics recommends that around 61% of users around the world consider an Android device most reliable while connecting to the internet. However, the Android operating system has also become the most vulnerable of all platforms because of the constantly increasing wave of Android-specific malware.

According to a report from G DATA, a security firm, around 440,267 new malware samples were detected by the first quarter of 2015.

These samples were developed for Google’s mobile platform, means, about 4,900 new threats emerge on Android daily.

If we break down the numbers even more then it becomes apparent that a new malware piece emerges after every 17.6 seconds.

As per the given figures, it is evident that a 6.4% increment has been observed in malware emergence in comparison to the previous quarter and 21% rise is evident from the first quarter of 2014.

G DATA’s report also revealed that more than half, that is, 50.3% of the new threats identified in 2015 had financial motives, for instance, banking and SMS Trojans.

But, the number is much higher because these are just the pieces that have been detected to be having a direct financial motive.

“Counting unknown cases, the number could be even higher, as the experts have only studied malware with a direct financial purpose. If a malware program subsequently installs apps or steals credit card data as an additional process after a payment has been made, the malware does not appear as financially motivated in these statistics.”

Some of the Trojans include Svpeng, which is equipped with ransomware attribute, and Fake token, which steals mobile transaction authentication codes.

Reportedly, attackers have adapted to the market trends and have increased their efforts into designing malware that can induce maximum impact on as many users as possible.

Also, malware designers are targeting Android devices specifically. The 2015 Mobile Threat Report by Pulse Secure it was revealed that 97% of malware are developed to target the Android platform. SC

Magazine explains that the reason behind this growing trend is simple:

This is definitely not surprising because the Android approach makes it relatively easier for cybercriminals to design and inject malware into applications.

This increment in malware targeting Android is a fruit of our increasing reliance on tablets and smartphones. Infosecurity Magazine states in an article:

“Mobile banking and online shopping are booming. Fifty percent of US consumers use a smartphone or tablet for their banking transactions, and 78 percent of Internet users make purchases online. This is a trend that has also attracted the attention of cyber-criminals recognizing the exploitation possibilities such as forced subscriptions via premium SMS or calls, extortion via ransomware, and remote control of money transfers.”

From the perspective of an enterprise, the perfect way to approach this constant increment in mobile malware is to consider security akin to enabling network security. According to Troy Vennon, Pulse Secure Mobile Threat Centre director, it is important to not let mobile devices become a weak link:

“Enterprise networks, while continually hardened at the perimeter, need to apply similar mobile security controls to appropriately deal with the ever-increasing BYOD push coming from employees.”