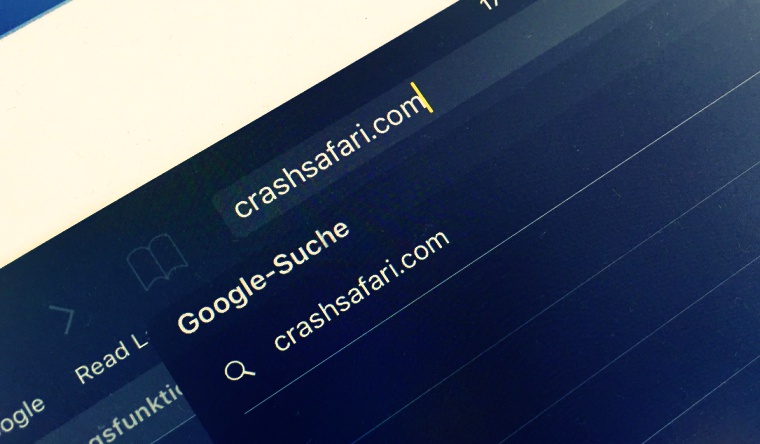 Some trolls have been using short URLs to trick users into clicking the link CrashSafari.com that crashes and reboots Android, iOS devices and web browsers — So DON’T FALL FOR IT.

Remember last year’s bug that crashed Apple Watch, iPhone and iPads? Well, a similar bug is back but it requires you to click a website link to execute but that’s not it. While some reports suggest the site is only crashing iOS devices we can confirm it is also causing web browsers (chrome in our case) to hang and crash.

What’s happening is that some idiots are sending this link → CrashSafari.com to users which when clicked generates an ever-increasing string of characters, which becomes almost impossible for the browser to process, and eventually overwhelms the device’s memory.

The bug also forces Android devices to heat up and restart. So here is a video demonstration how the link generates increasing string of characters and hangs the browser.

Here are some tweets in response to the bug:

Mikko Hypponen, CRO at cyber security company F-Secure said that the bug has been around for the last couple of months but that it has only started affecting people recently.

Right now, lots of jokers are posting shortlinks to ‘crashsafari․com’. The link will reboot your iPhone. Watch out. pic.twitter.com/3mZby5Xpo2

Though the bug’s name itself explains it will crash your Safari browser yet people are falling for it and the reason is that trolls are using short URLs like bit.ly and ow.ly to spread this bug link. So be very careful in case you are asked to click on a short link, at least for now.

A tweet from ”News from the Lab” have some interesting stats telling us that the “crash safari link” has been clicked over 100,000 times.

Wow. One “Crash Safari” short-link has been clicked on more than one hundred thousand times… pic.twitter.com/JqotjPiN1j

If you click the link it will not hack your device. It will, however, piss you off until you have restarted the browser. We feel sorry for you if you were in the middle of writing something….?