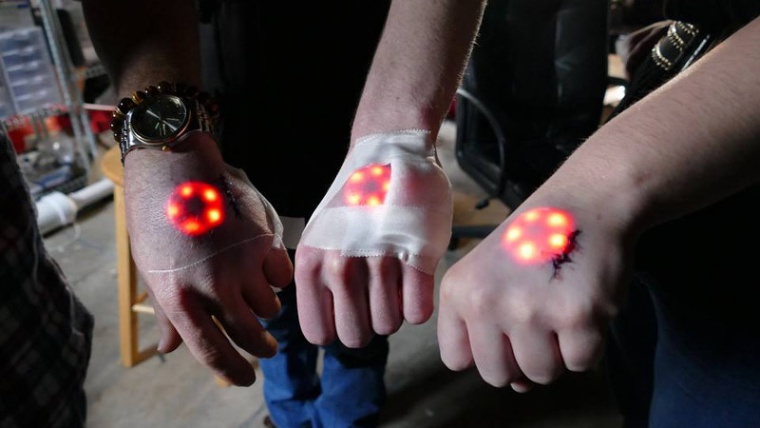 Biohackers have unveiled something that could be termed as “Technology for future”. The technology is a silicone implant that is LED equipped and magnetically equipped.

The light-up device looked similar to Northstar V1, in terms of size it is somewhat similar to the size of a coin meaning the latest version is small than its earlier version (Circadia 1.0), Motherboard reports.

The implants took 15 minutes to get activated. Overall, all the demonstrations were performed in very strict conditions.

On activation, backlights lit up the tattoos or mimic bioluminescence. If a magnet is attached to the device, the LED lights begin to blink. The LED lights after 10 seconds go into sleep mood and it is expected that the light can be lit up 10,000 times like this before they are to be surgically removed.

When Anna Neifer of MotherBoard asked the reason behind development of this device, the developer said:

“You know, people from the biohacking community wanted it. They contacted us because they wanted to light up their tattoos. That’s how we generate our implants, we let the community inspire us.”

These implants are to be launched somewhere next year. But, a future version might have some additional features like cosmetic functionality, storage of biometric that can be used for phones. Most significant one could hand-free controller to control various items in your phone without even standing in front of the like operating your phone wirelessly. 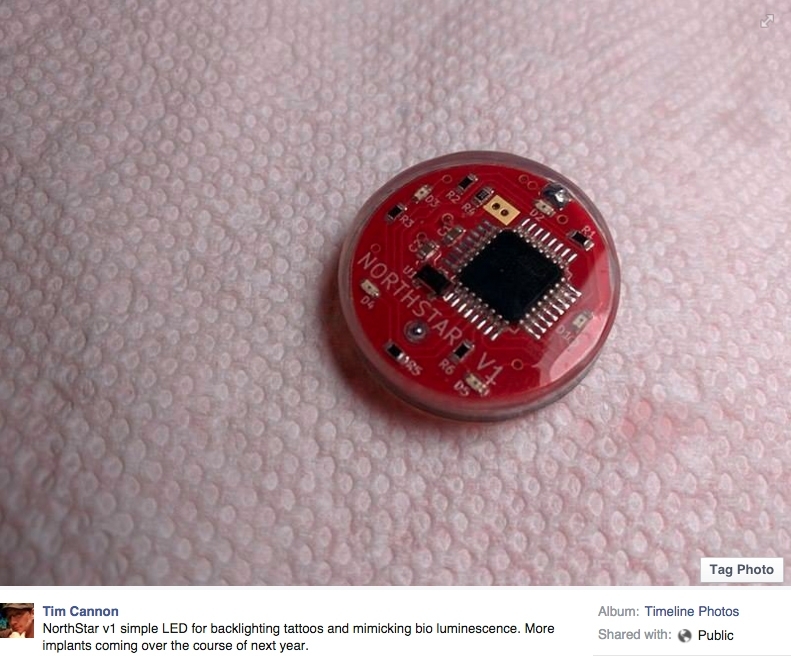 The implant. Screengrab from Grindhouse Wetware/Facebook

In September 2015, Kaspersky security company demonstrated a similar experiment, but the only difference was that it was about RFID Biochip installing in a human hand.