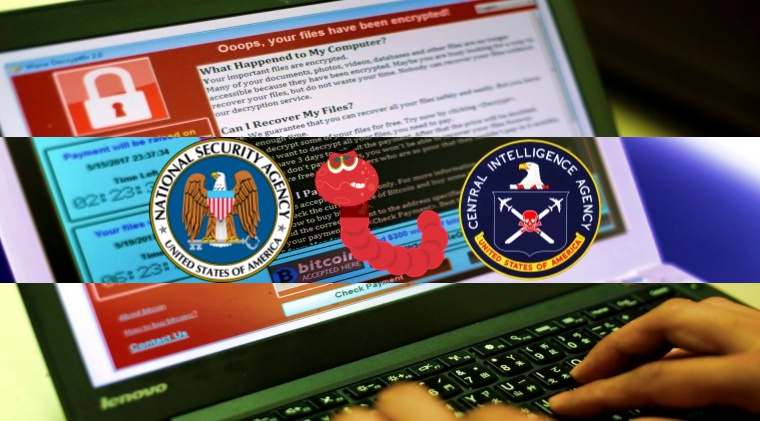 Earlier today, Microsoft’s President and Chief Legal Officer, Brad Smith stated that part of the responsibility of the recent WannaCry ransomware attack that resulted in a major chaos in more than 150 countries falls on the US government, particularly, the National Security Agency (NSA) and the Central Intelligence Agency (CIA).

Why NSA and CIA?

For long, the NSA and CIA have been piling up codes of software that can be easily stolen by hackers and exploited for their own unscrupulous gain. Case in point, Smith, highlighted the fact that hackers got hold of documents belonging to NSA, which explained the Windows vulnerability and how it can be exploited. This naturally raises questions as to the ethics of such behavior since despite knowing the fact that Windows had a flaw, nothing was communicated to Microsoft regarding this.

Similarity with US military

Smith compared the cyber attack with the case of conventional weapons. He stated that the situation was akin to the one where some of US military’s Tomahawk missiles were stolen. He also said that previously, such codes had been leaked by WikiLeaks which belonged to the CIA and hence noted that intelligence agencies should come up with a more responsible and safe method of conducting their operations.

The attacks may not stop yet

Apart from all the blame-game, the pressing issue is that the attacks may continue with variants of the ransomware appearing in cyberspace. This is evident from the views expressed by Britain’s National Cyber Security Center which expressed its concerns regarding the scale of the attack. It believes that the effects can be much larger than reported and that similar attacks could re-emerge.

Europol shared a similar view along with a cyber security expert, Ryan Kalember, saying that new variants of the ransomware have already started appearing. He also stated that it is possible that ransomware that appears now onwards may not come with an off switch, like the one responsible for recent attacks.