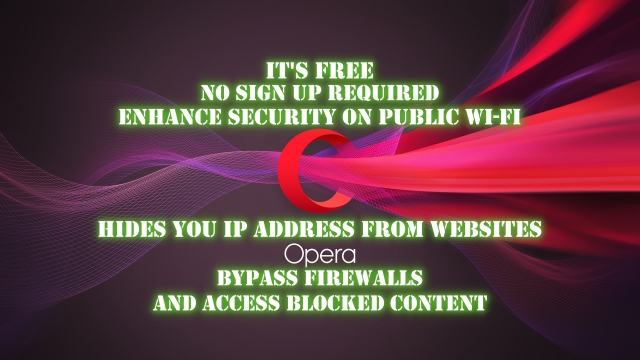 Opera adds Free VPN to its Browser to Allow Anonymous Web Surfing — This is a shockingly awesome news!

Last week, Avira launched Phantom VPN for Android and Window users. Now, Opera has announced that to ensure better online privacy the company has decided to assimilate unlimited, free virtual private networks so that its users won’t have to download or pay for VPN extensions and subscriptions. Virtual Private Networks or VPN are extremely popular among users concerned about their security and privacy. However, they faced a crucial problem of high services costs of paid VPN versions while the hidden costs of free versions.

Opera’s move will let users “access blocked websites and to shield browsing when on public Wi-Fi.” Opera had thus, every right to brag about their groundbreaking step as the company stated in the blog post: “We are the first major browser maker to integrate an unlimited and free VPN or virtual private network.”

VPNs lets user traffic routed through different servers across the world to make it highly complex for hackers and governments alike to keep track of web traffic. It also allows users to access geo-restricted content, which otherwise is blocked in their country. For example, American Netflix can be accessed by a user in Europe through VPNs. 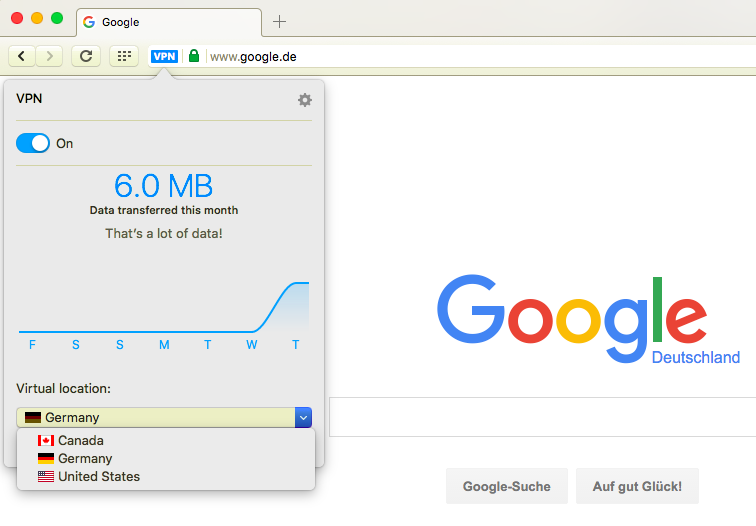 Opera explained that over half a billion users are either currently using or trying to use VPNs. The service is highly popular among young adults. For using this new service, all you need to do is download Opera browser’s developer version and activate the VPN through preferences menu.

We believe that this is a very interesting step for the company as this will attract tech-savvy users to this browser in large proportions. Opera previously developed ad-blocking software and embedded it into its developer version, thereby offering a great service to its users. Now, it has garnered more accolades for providing free VPN to its users without any biases.

It is also likely that the number of companies offering privacy enhancing features on their platforms may increase and become mainstream practice in the coming years. We can predict it because previously ad-blocking software were a novel idea and scarcely added to key platforms but now these have become so widespread that every other company is now offering it. Let’s wait and watch when free VPNs will become a norm instead of a novelty.