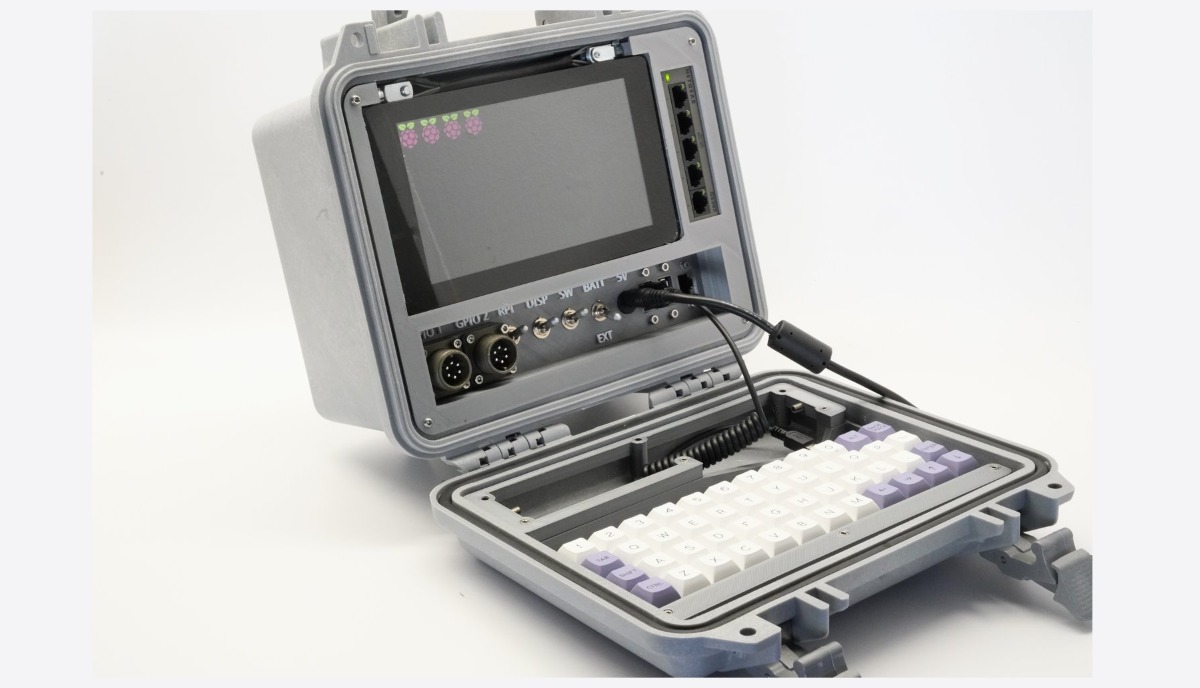 Global warming, melting glaciers and looming threat of nuclear war are some of the reasons why we must be prepared for a post-apocalyptic world. A DIY enthusiast Jay Doscher, who shares his projects on Back7.co, has designed a Raspberry Pi Cyberdeck that can survive the end of the world.

The Raspberry Pi Recovery Kit has a rugged and resilient design with a retro ortholinear keyboard, a waterproof pelican case, and custom 3D printed components. The DIV creation belongs to a genre of devices popularly known as Cyberdecks — inspired by computers used in William Gibson’s 1984 sci-fi classic movie ‘Neuromancer.’

This DIY Raspberry Pi Recovery Kit works as a device that can survive doomsday and also includes functionalities for the same.

For example, Doscher has added separate switches for each component in the device to save electricity. The networking gear in the device would allow it to serve as a portable network core if the infrastructure isn’t available. Speaking to The Verge, Doscher says, “If you’re in an environment where power is limited and you need to set up a standalone network, the Raspberry Pi could run DNS, DHCP, and a web server very similar to a wall-powered router.”

Here is a list of all the components used in the Raspberry Pi Recovery Kit:

You can take a look at the project here.