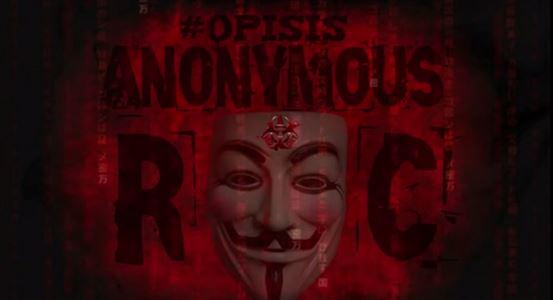 The hacktivist group Anonymous has attacked the terrorist organization Islamic State (ISIS) on a large scale. ISIS has a very strong social media presence and in this attack, its numerous accounts were taken down. ISIS uses these accounts to spread its propaganda and recruit new members.

ISIS was believed to be responsible for the attack on the satirical magazine Charlie Hebdo of Paris and later al-Qaeda in the Arabian Peninsula (AQAP) took the responsibility. Apart from recruitment and publicity, ISIS uses its YouTube channel to share the videos of executions of prisoners.

In a YouTube video, the Hacktivist Group Anonymous and RedCult announced the #OpISIS operation and claimed to have gained control over many social media accounts (Facebook and Twitter) of the terrorist organization. The group mentions that this campaign is still going on and they aim to target more.

Also read: UK Government Releases its Hacking Guidelines, But What About the US?

In this video, the following message is delivered by Hacktivist Group Anonymous, and ISIS  is warned about more attacks to come in near future:

Greetings citizens of the world, we are Anonymous,
Operation ISIS Continues:
First we need to clarify few a things.
We Are: Muslims, Christians, Jews…
We Are hackers, crackers, Hacktivist, phishers, agents, spies, or just the guy from next door.
We Are students, administrators, workers, clerks, unemployed, rich, poor, We are young, or old, gay or straight.
We wear smart clothes or rugs, we are hedonists, ascetics, joy riders or activists.
We come from all races, countries, religions, and ethnicity.
UNITED AS ONE, DIVIDED BY ZERO…
We Are Anonymous.
-REMEMBER…THE TERRORISTS THAT ARE CALLING THEMSELVES ISLAMIC STATE,(ISIS), ARE NOT MUSLIMS!!!.

-ISIS; We will hunt you, Take down your sites, Accounts, Emails, and expose you…
From now on, no safe place for you online…
You will be treated like a virus, And we are the cure…
We Own The Internet…
We are Anonymous, We are Legion, We do not forgive, We do not forget, Expect us.

Also read: UK Government Releases its Hacking Guidelines, But What About the US?

Stay tuned for latest technology and hacking news from fossBytes.