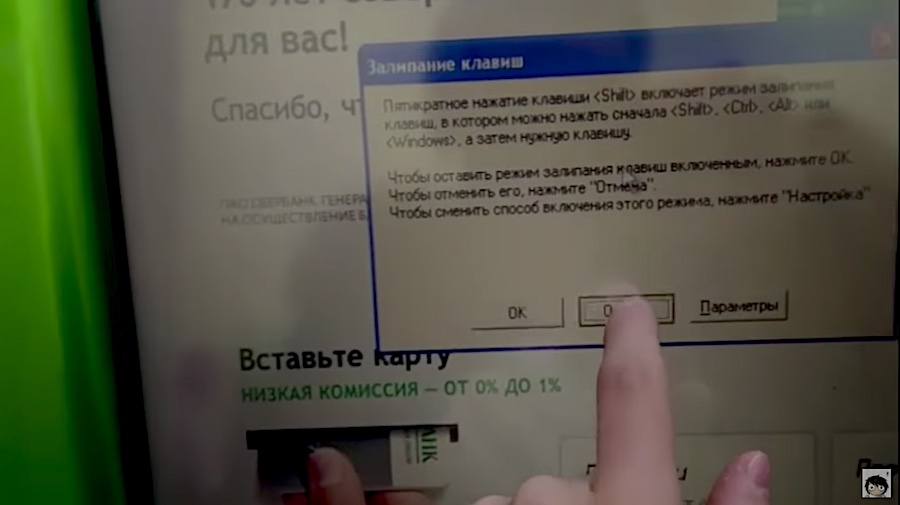 Share
Tweet
Share
Share
Email
When you’re running Windows XP in today’s times, you shouldn’t expect your machine to fully bulletproof against different kinds of malware attacks. Now combine it with some poor implementation on an ATM machine that demands heavy security measures and you’ve got a recipe for disaster.

A similar case has been spotted in Russia by an employee of Russian website Habrahabr. The website reports that in a branch of Russian Sberbank, the employee was able to gain access to the user interface of the Windows XP operating system installed on the ATM machine, as reported by Softpedia.

The flaw was discovered when the above-mentioned person was waiting for a call to be picked; out of boredom, he pressed the SHIFT key on the full keyboard 5 times. It popped up a prompt telling about the sticky keys feature of Windows. With this prompt, a user can gain access to other parts of the OS.

Once a user has entered the machine’s restricted parts, I don’t need to underline the Windows XP flaws that can be exploited. Considering the bigger picture, such threats are widespread as Windows XP no longer receives any kind of security updates.

That’s not all. The most surprising part of the issue is the attitude of the bank towards all this fiasco. The issue was conveyed to the bank and their response was lukewarm. While the bank promised an emergency fix of the issue, apparently, this Windows XP ATM hack still worked.