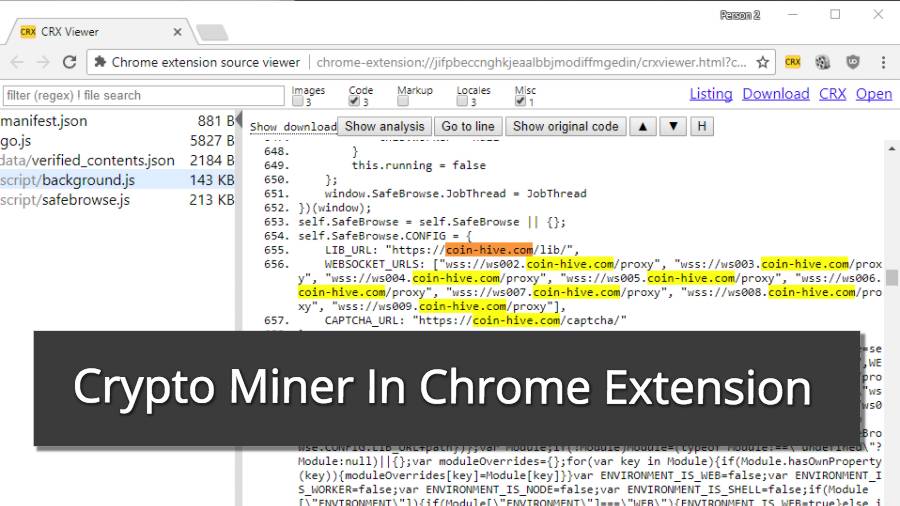 Share
Tweet
Share
Share
Email
Last week, we told you about The Pirate Bay’s ongoing attempts to use your processor power to mine Monero digital coins. According to the reports, the website was testing the waters for about 24 hours as a future source of income.

If you’ve installed the latest updated version of this extension, you might be seeing an increased CPU usage when Chrome web browser is running. The extension makes connections to coin-hive.com. It’s worth noting that The Pirate Bay was also using a miner from Coinhive.

In the latest development, SafeBrowse has been removed from Chrome Web Store. Prior to that, it had about 150,000 users.

So, if you’re having SafeBrowse installed in your web browser, remove it. As it’s no more available in Chrome Web Store, it won’t getting further updates to fix this issue.

It’s also worth noting that Google does a pretty poor job, as compared to smaller counterparts like Mozilla, when it comes to reviewing the extensions.

While this Chrome extension was mining Monero crypto coins without user notifications, it was installed via a legitimate path. It’s possible that in future, crypto mining extensions could also be installed using a malware attack.

What’s your stance regarding this increasing popularity of bitcoin mining techniques by websites and extensions? Don’t forget to share your views and feedback.