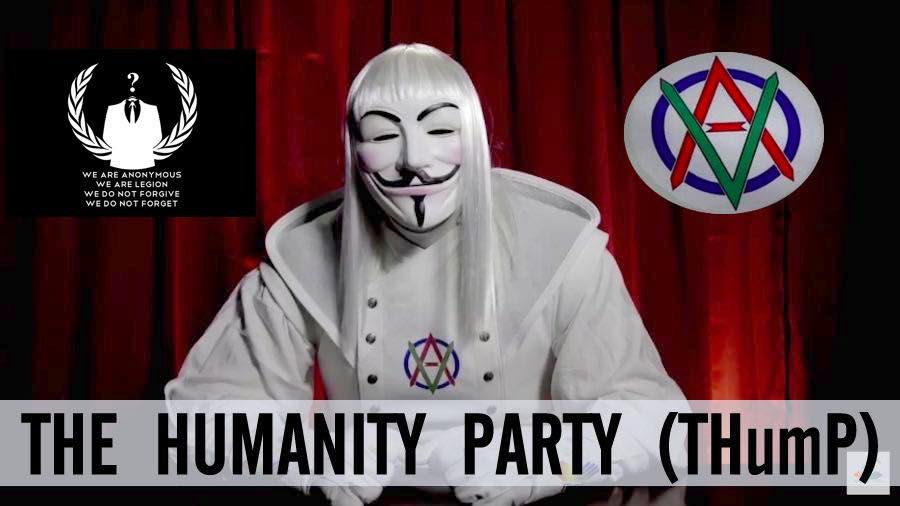 Short Bytes: The Anonymous hacktivist group has introduced a new American political party platform. Named The Humanity Party, or THumP, it aims to bring real change by using peaceful means. The agenda of THumP also includes the advent of a new ONE World Government and a new Constitution.

The Anonymous hacktivist collective has created a new political party and announced its plans to take down the worldwide political system.

To unite its supporters under one banner and turn the Anonymous hacktivism towards a broader path, Anonymous has created The Humanity Party (THumP).

The hacking group announced this official news by releasing a press release and a YouTube video. The press release says that THumP won’t be using any methods of fear and intimidation as these ways have never united humanity or promoted peace.

Until now, Anonymous has been a loosely associated collective of hackers and activists without any strictly defined philosophy.

This new development has unveiled a legally registered face of Anonymous that “represents 100% of humanity”.

Apart from these basic rights, THumP also aims to work with two other key philosophies — “Promoting peace and unity through education and common sense disclosures” and “No donations of any kind”.

This new political party by Anonymous aims to gather support using legal and peaceful means like the social media and the internet.

Here’s the 40-minute video that includes the announcement of The Humanity Party and further details:

Did you find this article interesting? Don’t forget to drop your feedback in the comments section below.

Read all about anonymous and their recent action here