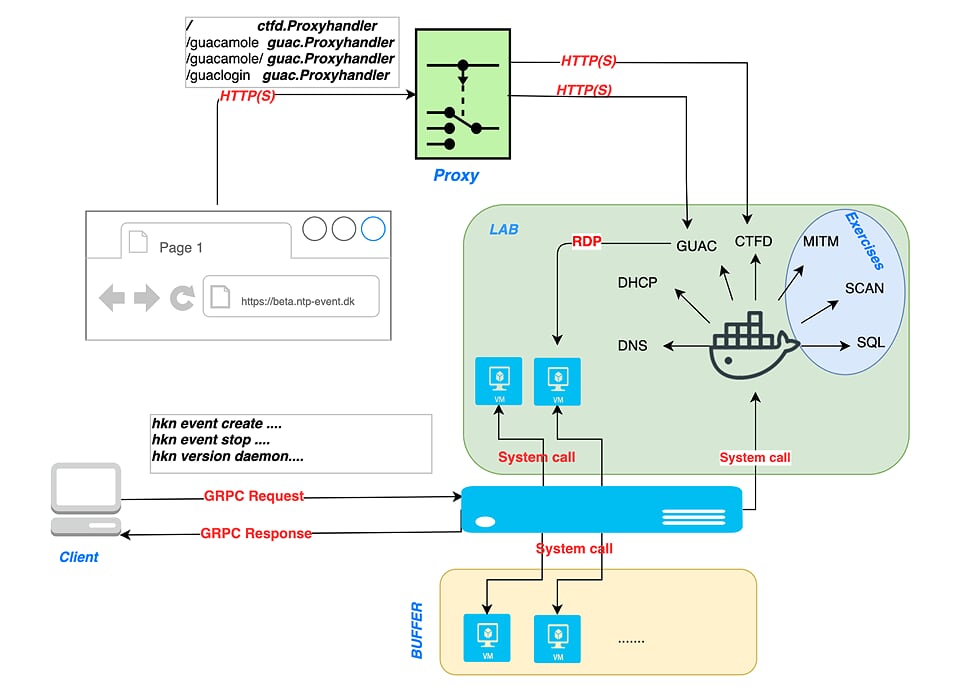 Haaukins is a highly accessible and automated virtualization platform for security education, it has three main components (Docker, Virtualbox, and Golang), the communication and orchestration between the components managed using Go programming language. The main reason of having Go environment to manage and deploy something on the Haaukins platform is that Go’s easy concurrency and parallelism mechanism.

Our primary aim to involve anyone who desires to learn capturing the flag concept in cybersecurity which is widely accepted the approach to learn how to find vulnerability on a system. Despite of all existing platform, Haaukins provides its own virtualized environment to you with the operating system which designed to find vulnerabilities.

There is a number of cases where different types of protocols used to make communication reliable and consistent between components in the Haaukins platform. Mainly used protocols are;

The corresponding diagram illustrates how these communication protocols took place in the Haaukins platform. In this section, the relationship between different components within the Haaukins platform will be illustrated and explained.

Illustration of the relationship between, event, team, and exercises are shown below