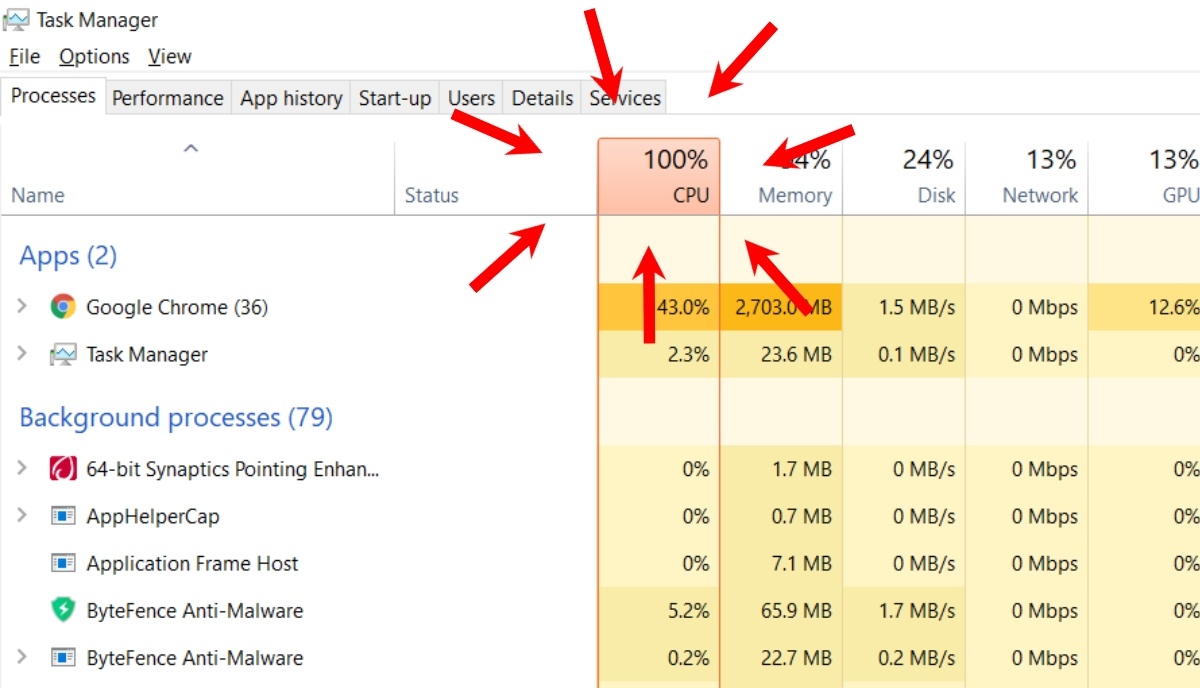 Google Chrome is one of the most popular browsers available right now. Since it includes all the necessary features, Chrome users tend to accept the browser’s shortcomings rather than ditching it for browsers with fewer features.

However, there is one gigantic issue that forces users to reevaluate their life choices and uninstall Google Chrome. Users with budget laptops are quite familiar with it — Google Chrome using too much memory.

Why does Google Chrome use so much RAM? Chrome’s insane amount of CPU usage has been annoying users for years. Even after releasing hundreds of fix and countermeasures, users still face 100% Disk Usage in Windows 10 because of it.

So, why Google Chrome is a RAM hog? That’s because Chrome considers all your tabs as a separate process. This way, Google can prevent browser takedown from viruses and malware infection by isolating the particular tab or process.

But that’s not the sole reason; a quick peek into the Google Chrome task manager shows evidence that there are other factors at play as well such as extensions enabled, tabs opened, any third-party tools, etc.

The deadliest of all, however, sits right below the Google Chrome process in the Windows 10 Task manager titled, ” software_reporter_tool.exe.”

What is the Google Chrome Software Reporter Tool? Software Reporter Tool, part of the Google Chrome Clean up tool is a process that reports any add-on software that might try to interfere with the working of the browser.

In order to achieve that, the software reporter tool frequently scans the PC for software and files that might be problematic for Google Chrome.

The browser then scans the results to determine if the user needs to be too aware of the software. Based on the results, Chrome then asks users to run the Chrome Cleanup Tool to remove any unwanted software.

The process can be located in the Windows task manager, under the Google Chrome process. Right-click on it and choose “Open File location” to access the source file. You won’t always find the process in task manager since it’s not always on the go. Alternatively, you can directly find the Google Chrome Software Reporter Tool under the following path in Windows 10 –
C:Users<Name>AppDataLocalGoogleChromeUser DataSwReporterVERSIONsoftware_reporter_tool.exe Contrary to what some users might think, the software reporter tool is neither malware nor a virus. In fact, the source file located in the hard disk is digitally signed by Google with the file description as the Chrome Cleanup Tool.

However, as we all know, that’s not our only concern. Since the tool frequently scans the system, it has been associated with taking too much of PC memory. Moreover, many users have spotted software_reporter_tool causing slow gaming performance on their PC.

Lastly, many users have privacy concerns over the practice of scanning user’s files without their consent. Cumulate all the concerns and you will find the right reasons to remove the tool entirely.

Deleting the file, or even the folder might seem like a good idea, however, it won’t do much. Google will automatically reintroduce the software in the next update of Google Chrome.

The best way to deal with the Chrome tool is to block the user permissions of the entire folder which will stop Google from accessing the “SwReporter” folder, ultimately restricting it to run the software reporter tool.

Here is how to stop Google from running software_reporter_tool.exe – If this process doesn’t work, here is an alternative one using the Group Policy Editor in Windows 10 –

If the exact address is not available, you can find the folder manually and keep on adding values as you proceed.

Should you remove the Software Reporter Tool?

The tool has never been a problem for me, therefore the decision boils down to your personal preference. If you have singled out Chrome Software Reporter Tool Chrome as the source of your 100% disk usage, then go ahead and remove it.

Otherwise, it’s wise to leave it untouched since the tool is actually helpful in removing harmful software. You can manually use the tool by running “Clean up computer” in the Google Chrome “Reset and clean up” settings.