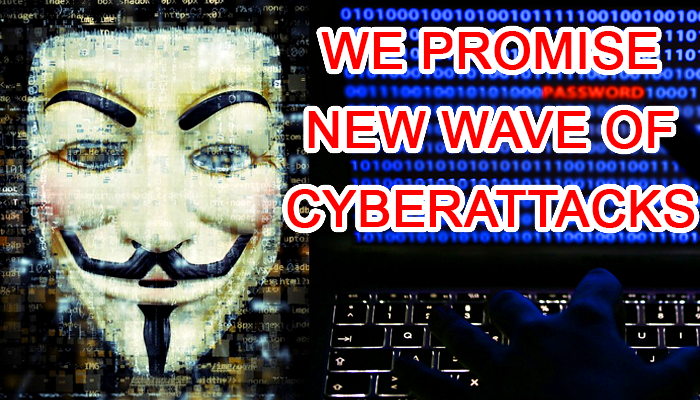 Cyber activism is waiting to entering Spain’s political scene again. Ethical hacking specialists report that some hackers, allegedly linked to the ‘hacktivist’ movement known as Anonymous, are preparing a cyberattack campaign against the websites of multiple public organizations and private companies in the country.

As reported in various hacking forums, the
attacks have been planned as a form of protest against the resolutions of
Spain’s Supreme Court, which is about to announce the sentences faced by
Catalan politicians accused of sedition , embezzlement, among other actions
related to the independence movement of Catalonia. Other forms of protest are
also being prepared, mainly mass demonstrations.

Researchers from the Spanish media platform
“El Confidencial” revealed that at least five hackers linked to
Anonymous are in charge of the planning tasks related to the upcoming
cyberattacks. Hackers will apparently try to disrupt the normal operation of
dozens of web pages, as well as access confidential information held on the
servers of some public organizations, as happened during the call #OpCatalonia
in 2017.

However, ethical hacking specialists mention
that the Spanish authorities have already foreseen this scenario, so they began
to take some action for months. Last year, the Cybercrime Department of the
Civil Guard of Tarragona arrested one of OpCatalonia’s main operators.

The young man, then 21, commanded at least
twenty cyberattacks, mainly against the company Indra. However, the hacker made
a beginner’s mistake, as the Twitter
account he used for these activities (@AnonXeljomudoX) was created using a
Gmail account, whose IP address was linked to his home, so not a night passed
for the authorities to arrest him. The young man is still waiting to hear his
sentence, which could reach up to 10 years in prison.

This is not to say that there are no longer
hackers interested in supporting Catalonia’s separatist movement. From another
Twitter account (@YourAnonXelj) the call has been made to participate in the
#OpCatalonia2019 call. Some ethical hacking experts even claim that behind this
account is the same hacker who organized the first version of #OpCatalonia.

It has also been revealed that hackers linked
to Anonymous in Spain managed to compromise the email account of Manuel
Marchena, Supreme Court magistrate and court president in the trial against
Catalan politicians. Although ethical hacking specialists from the
International Institute of Cyber Security (IICS) claim that the Anonymous
movement has been in agony for at least five years, Spain seems to be an
exception, as a new actor has entered the scene, “La 9ª Compania”.

Also known as La9, this hacker group with
advanced capabilities focuses on stealing sensitive information and attacking
corporate servers. If intervened in #OpCatalonia2019, this group would pose a
real threat to the IT infrastructure of the Spanish government. However, their
participation in this new wave of cyberattacks is not yet a fact, as La9 is not
identified as part of what’s left of the Anonymous movement.

In addition to these actions, Anonymous Spain
would have asked for help other members of the movement, mainly in France and
the United States, to deploy multiple simultaneous denial of service (DoS)
attacks, among other actions.