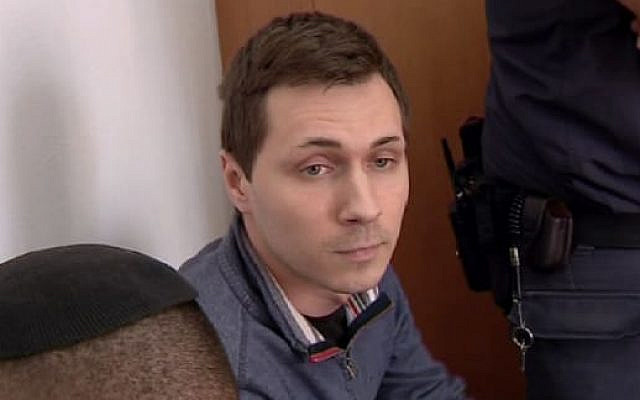 A recently revealed story has attracted the interest of the cybersecurity community. Aleksey Burkov, 29, is a man from Russia who has spent the last four years of his life in Hadarim prison, in Israel without anyone noticing his presence too much, until now.

Little was known about Burkov outside the
prison until last weekend the news broke that he was a hacker wanted by the
Russian and US authorities. In addition, it is mentioned that his case is
directly related to that of Naama Issachar, an Israeli woman who was sentenced
to nearly 8 years in prison for carrying 9 grams of opium. Issachar was
arrested in Russia, during a plane stopover after a holiday in India.

What is the link between the two of them? Well,
it is now known that the Kremlin plans to “exchange” Issachar for
Burkov and now it’s expecting the response of the Israeli government. However,
it is still unknown why Burkov is considered such an important asset to the
Russian government.

As a background, it is known that the US
authorities investigated for years a website (cardplanet.cc), suspecting that
their operators sold the details of the payment cards of more than 150k
American citizens, fraud equivalent to more than $20M USD. Finally, in 2013 the
US Secret
Service investigation led to a young Aleksey Burkov, based in St.
Petersburg, Russia.

A couple of years later, US authorities finally
managed to issue an arrest warrant against Burkov, accusing him of fraud,
identity theft, money laundering and hacking. In the indictment, US prosecutors
claim that Burkov posted his website information on multiple dark web forums,
mainly used by bank fraud operators, cybersecurity experts mention.

Although Burkov has not admitted any of the
charges against him, cybersecurity specialist Elia Stcin claims that the defendant
even dared to post in his blog a small manifesto in which he also admitted
authorship of the crimes. “Burkov even released a snippet of the code he
used to compromise victims’ computers and steal their information,” he
adds.

Stcin doesn’t know if Burkov acted on his own
or if the hacker worked for someone else. However, the expert states that
Burkov actually has the skills, knowledge and experience required to perform
such a complex task.

Finally, in December 2015, a US Secret Service
agent began investigating an account on a Russian social network operated by
Burkov using an alias. In this account, the hacker posted a screenshot of his
PC, where the transaction page of the website from where he was selling the
data of stolen cards could be seen.

Although US justice asked Israel for Burkov’s
extradition, soon after, the Russian authorities also filed their extradition
request, arguing that Burkov is wanted in Russia for electronic fraud. However,
the Russian authorities’ request appears to be unfounded, as reported in
various media and among the cybersecurity community.

While Burkov awaited the conclusion of this
process, the young Israeli woman was arrested at a Russian airport. Although she
initially faced possession charges, the Russian authorities suddenly changed
their stance, bringing traffic charges against Issachar. Although specialists
at the International Institute for Cyber Security (IICS) consider that it is
virtually impossible to establish a connection between the two cases, the
version that the Russian government is unofficially is still present pressured
Israel to have Burkov extradited to Russia and not to the United States, where
he would face severe condemnation for his cybercrimes.