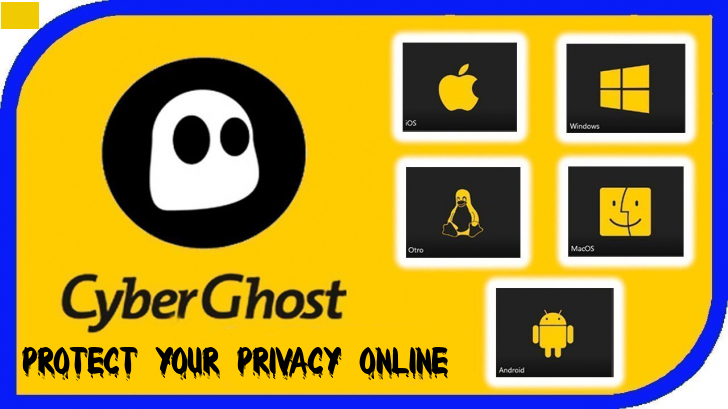 A VPN, short for Virtual Private Network, protects you from threats on public networks, and it can also shield you wherever you are from the probing of governments, companies, or your internet service provider itself. It encrypts your data before it even leaves your computer, making your presence online anonymous and untraceable.

You could compare a VPN to a secret
tunnel for your internet traffic, where only you know where the entryways are.
Your encrypted information is sent to a server that could be located anywhere
in the world. The server then sends the data on anonymously, with no link
whatsoever to you.

If you want to protect your right to privacy, your assets, and your information while online, a VPN is a must. But you have lots of services to choose from. This CyberGhost VPN review will explore what to look for in terms of VPNs’ privacy features, as well as the ins and outs of CyberGhost VPN, a premium provider with over 30 million users worldwide.

One absolute rule of thumb is to avoid
free services. Running a VPN service costs money, so if it’s offered free with
no strings attached, something doesn’t add up. These VPNs are often just thinly
masked ploys to collect your data or even inject malware into your device. The
last thing you want is to funnel all your traffic through an unreliable third
party that’s keeping tabs on you.

With CyberGhost VPN, you can be the ghost in the machine, but the service has no records to haunt you. It can’t reveal your data to anyone because it simply doesn’t keep it.

This commitment to no logs dates back to the company’s inception and is made possible by the unique regulatory environment in Romania, where the company is headquartered. Romania’s highest court has thrown out data retention legislation twice.

The country is also outside of the 14 Eyes surveillance alliance of Western countries that exchange data and intelligence. There is less of a chance the government authorities will force VPN providers to turn over customer data, as has happened in the past in the U.S. and other nations.

All these factors combine to give CyberGhost VPN an inherent advantage in terms of its ability to protect your privacy.

CyberGhost’s
commitment to privacy is reinforced by the
VPN’s transparency report yearly publication. It was the first company in
the VPN industry to publish such a report back in 2011.

One
further step that CyberGhost VPN could take would be to subject itself to an
external audit, but it’s frank
disclosures of what it does and does not do coupled with no logging make it
very strong on this front.

Policies
are essential, but having the tech to back them up is vital. There are several
different ways for VPNs to put their information into secret codes as they are
sent over the internet, and some are more secure than others. CyberGhost VPN offers the AES-256
encryption protocol, a military-grade standard that is even used by
government agencies to transmit confidential information.

This
protocol does not necessarily set CyberGhost VPN apart from its competitors
since most premium VPNs have this encryption standard. But it does mean that
your data will be invulnerable. CyberGhost
does offer a choice of other protocols such as PPTP, L2TP/IPSec, and
OpenVPN if you have a different preference.

Other specs and features

Though
privacy and security are paramount for VPNs, it’s also essential to look at
other features such as speed, ease of
use, and extras that provide added value. The strongest encryption in the
world isn’t worth much if it’s hard to use!

In the
speed department, CyberGhost VPN offers
unlimited bandwidth and velocities in line with its competitors.

Its
interface, however, is the crème de la crème. You can connect with just one
click and select an optimized server for your needs (streaming or torrenting).

You also
have 24/7 Customer Support services
offered in English, German, French, and Romanian.

CyberGhost
VPN also comes with an ad blocker, although it does not filter ads based on DNS
requests like many other ad-blocking services do. This means it does not block
ads from HTTPS versions of websites.

One CyberGhost VPN subscription can be
used on up to 7 devices simultaneously.

Considering
that a VPN could protect you from a significant financial attack, a few dollars
a month is nothing to be balked at.

CyberGhost’s
shorter plans are not particularly competitive, at $12.99 for one month. But you can get it for a reasonable $2.75 per
month with the 3-year plan.

It’s more affordable than NordVPN, at $2.99 per month for the 3-year
plan, or ExpressVPN, which costs a whopping $8.32 per month for a 1-year plan
(it doesn’t offer an extended version).

The maturity of a company is a concern to weigh when considering
long-term VPN options. CyberGhost VPN is
a well-established company that has been experiencing steady growth in recent
years.

The verdict on CyberGhost VPN

Though not the most affordable solution if you’re looking for a
short-term VPN, CyberGhost VPN is no
lightweight when it comes to the most important reason to use a VPN: privacy.