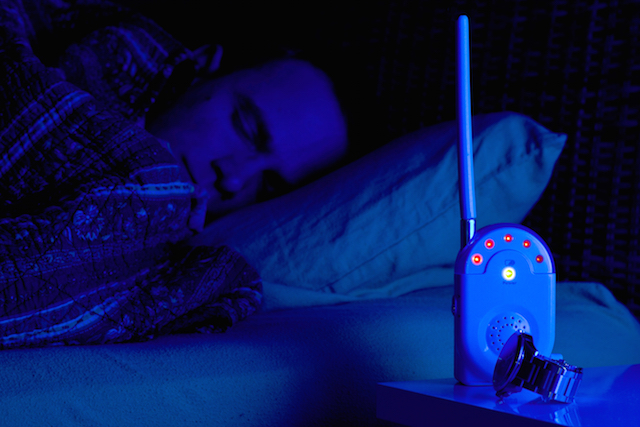 The internet of things is totally broken. Amateur hackers have managed to build huge botnets of compromised devices, and many of these machines are difficult or near-impossible for manufacturers to remotely keep up to date.

But there’s another way to keep internet of things hackers at bay: by making your router, which typically handles all of your home’s incoming and outgoing internet traffic, stop malware from communicating with its owner. That’s what anti-virus and security company AVG wants to do with its Chime operating system, which comes bundled with certain routers. “We can look at the router almost as the door to your home,” Shaul Levi, chief scientist at AVG Innovation Labs, told Motherboard in a phone call.

The goal is to stop internet of things devices, such as cameras, baby monitors, or DVRs, from getting infected in the first place, but also from contacting a hacker’s command and control server if the device is compromised. It can do this simply enough: by scanning for connections to known malicious servers and blocking them, Amit Siwal, product manager for Chime, explained.

So, instead of putting anti-virus tech or other security protections on each individual device, it’s the router that aims to secure home networks instead. In a future release, Chime will also be able to scan networks for known vulnerabilities, and inform the user what devices they own are particularly at risk.

At the moment, Chime has a partnership with manufacturer Amped Wireless to include Chime on its latest router, and is pursuing other manufacturers as well. Users control the router with a smartphone app.

There is a problem, however: it’s fair to say the majority of internet of things malware victims don’t necessarily know, or care, that their innocuous-enough toaster or refrigerator is actually part of a massive botnet. These people probably won’t be be jumping out of their chairs to go buy a new router—many probably just use whatever router their internet service provider gives them—meaning that most of the people that Chime can help won’t actually seek the product out. Unless AVG can get Chime onto a slew of devices as a default, it may not reach many of those who could use it.

“Chime is a platform for router manufacturers. We don’t want consumers to buy separate security apparatus,” Levi said, with the hope being that customers will get Chime automatically when they buy or upgrade their router in the future. Towards the end of 2017, more technical minded consumers should be able to download Chime themselves and install it onto their own routers too.