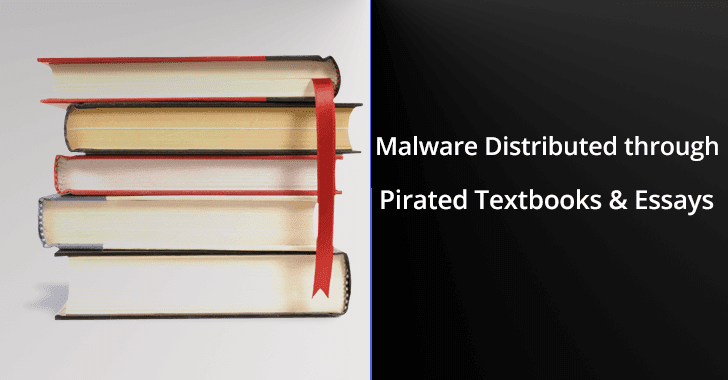 Cybercriminals distribute malware disguised as textbooks and essays that downloaded from pirated websites.

The costs of materials posted by the university are high. which leads students to look for a free or low-cost alternative’s online.

Taking this as an advantage, malicious hackers post malicious content among the study materials and advertise them for free.

Malware as textbooks and essays

The malware found to be distributed as a school- and student-related filenames that are posted for free access.

“English textbooks hiding malware were most popular among K-12 students with 2,080 attempted downloads. Math textbooks were the next most common, nearly infecting the computers of 1,213 students. Literature closes out the top three most dangerous subjects with 870 potential victims.”

Cybercriminals also target less popular subjects ass textbooks in the natural sciences and foreign languages at both the K-12 and college levels.

Here is the list of top four malware distributed as textbook and essays.

WinLNK.Agent – hide in archives of textbooks and essays that you are looking for.

Win32.Agent – Disguised as a textbook or an essay in DOC, DOCX or PDF format.