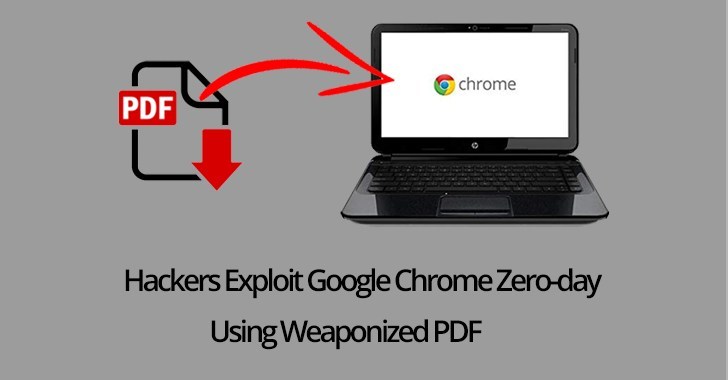 Attackers spreading this weaponized PDF intended to exploit the Chrome zero-day vulnerability to track the users and collect some user’s information when they open this malicious PDF in chrome browser.

Initially, this sample detected by the EdgeSpot and its act as a legitimate PDF with no malicious activities when it opened popular Adobe

moment, researchers focused on the traffic in the background and observed that the stolen data being sent to the domain “readnotify.com” without any further user interaction.

According to Edgespot research, HTTP packet, following information of the user may be collected by the malicious sender:

Apart from it also stealing the OS information and the stored file of the local disk.

The sample PDF exploit contains the suspicious PDF Javascript code in stream-1 that eventually deobfuscated the code to call the API (“this.submitForm()” ).

This serious flaw reported to Google on December, 2018 and the Google responded that the patch will be released on April security update.

In this case, users suggested using alternative PDF reader application for viewing received PDF documents locally until Chrome fixes the issue, or disconnect a computer from the Internet when open PDF documents in Chrome.

Some of The malicious PDF Samples that exploit This Chrome Zero-day :