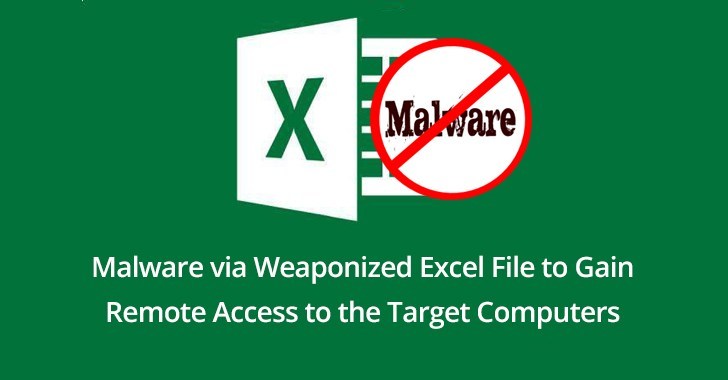 Cyber criminals launching a new malware campaign that make use of
legitimate script engine AutoHotkey with a malicious script to evade detection and also gain the remote access to the targeted system.

AutoHotkey is an open source Microsoft Windows tool that allows you to create macros, scripts, and automate frequently performed tasks on your computer.

Attackers distributing this malicious campaign via weaponized Excel File via email with attached Excel file that posed as a legitimate file with the
filename “Military Financing.xlsm.”

In order to fully open the attached file, users need to enable the Micro that helps AutoHotkey loading the malicious script file to avoid detection.

Attached excel file in the email is titled “Foreign Military Financing (FMF),” named after a program of the U.S. Defense Security Cooperation Agency.

Attackers fooled users to enable the content by claiming that the document contains a confidential information.

Once the Victims open the malicious excel documents by enables macro from the email attachment, it drops the AutoHotkey that loads the malicious script file.

Later its connect to its Command and control server to download and execute additional script files.

A final script will download and execute the TeamViewer to gain remote control over the system.

Further research uncovered other dropped files involved in this attack. These files allow the attackers to get the computer name and take screen captures. Trend Micro said.