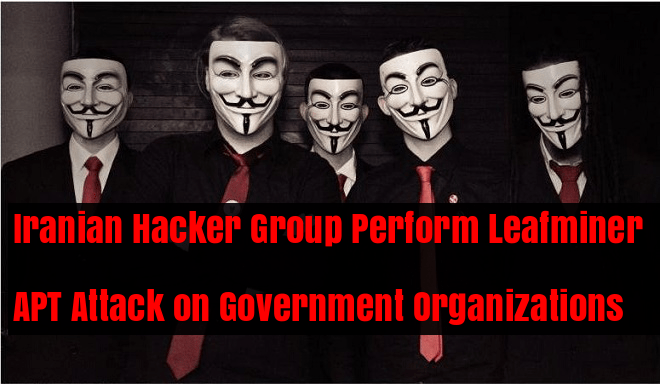 This APT group using various types of attack tactics such as watering hole websites, vulnerability scans of network services on the internet, and brute-force/dictionary login attempts to infiltrate the target networks.

During the investigation of this APT Campaign, a toolkit was identified that is used in the group’s efforts of intrusion, lateral movement, and exfiltration.

A hosted server contains 112 files that could be accessed through a public web shell planted by the attackers and the files contain a logs that gathers from the vulnerability scans and post-compromise tools.

Interestingly fact is that, attackers using a list of 809 targets for vulnerability scans that was discovered during the Leafminer APT Campaign investigation.

Attackers employed the malicious email attachments and phishing emails for an initial stage of attacks.

A compromised website that contains Javascript code that belongs to Leafminer APT Campaign.

According to Symantec, When executing the code, the browser creates an invisible image tag and sets the URL to an attack server using the file:// protocol scheme. On Windows machines, this triggers a request to a remote server via the Samba networking protocol (SMB) that also transmits the user’s login NTLM hash.

Leafminer campaign actively developing with powerful toolkits that will be used for analyzing the group’s techniques and tools for vulnerability scans and exploitation.

Researchers from also Symantec observed attempts by Leafminer to scan for the Heartbleed vulnerability (CVE-2014-0160) from an attacker-controlled IP address.

Attackers using specifics toolkits to perform powerful dictionary attack for guessing passwords which are exposed by the target system.

This type of attack was observed both via dedicated servers set up by Leafminer as well as staging servers compromised by the group, Symantec said.

Also, you can read other attack factors and Indicator of compromise here.