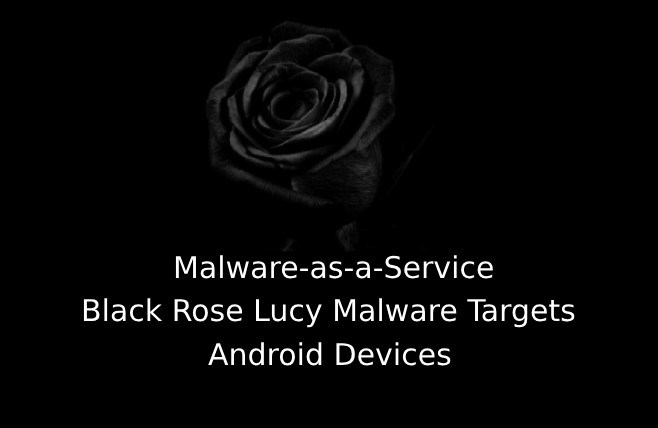 Malware-as-a-Service(MaaS) is a practice in which the attackers puts the malware for sale allows anyone with little technical knowledge can launch an attack.

The MaaS bundle contains a Lucy Loader which is used to remote control the entire affected devices and to install additional malware and a Black Rose Dropper that targets the Android Devices.

The Lucy Loader dashboard gives attackers a quick look with the geo-location of the infected devices in its botnet. Checkpoint observed that 86 devices from Russia were infected already starting in early August.

Lucy Loader allows Threat actor’s to upload the malware to the dashboard and then push to the devices on the botnet based on the Threat actor’s requirement.

The dropper targets Android devices pose as an Android system upgrade or image files and leverage Android’s accessibility service to deploy payload without any user interaction.

Once the malware installed to the system it hides and monitor services for 60 seconds, later it popups up a window and urges victims repeatedly until the user enables Android accessibility service for the malicious application Security of the system.

By having the Accessibility service enabled, it allows the Black Rose to abuse any permission without user concern. It also set up a monitor service that restarts the malicious activity whenever the device screen locked or restarts.

By using the same simulating mechanism the Black Rose stops users in performing a factory reset on their devices.

Checkpoint published a complete code analysis of Black Rose Lucy and they believe it may become a strong botnet service. This Black Rose has special logic for malicious activity in MIUI firmware that used in Xiaomi phones.

Researchers also spotted a new version of Black Rose dropper and Lucy Loader dashboard using IP address for C&C communication instead of the domain name and the botnet adopts for DEX payloads.

The new version has victims from France, Israel, and turkey. The Lucy Gang may be conducting demos to potential hacker groups that are interested in attacking these countries.

Researchers believe the next stop for Black Rose Lucy is China and the countries where the Chinese phones are popular.