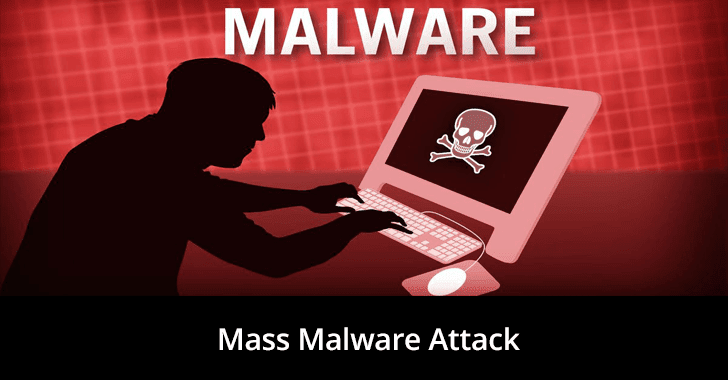 A variety of malicious applications uncovered with this campaign, and it was developed to infect the victims with ransomware, implant a backdoor in organization networks with political motivation.

Researchers believe that the malware authors are motivated by their political beliefs and turned into malware distribution in different forms.

Initially, attackers deliver the malware via malspam email campaigns with fake body content related to banking fraud alerts, and it comes from the director of Global Risk for credit card company Visa.

The process of the infection starts when PE32 gets executed, and the malware authors developed a list of various names, terminology, and iconography that has generated headlines across the political spectrum.

There are several malware samples were uncovered, analyzed by researchers, and samples have been obtained from various malware repositories.

Several samples are used to infect the target that posed as an iconography related to well known political figures such as Donald Trump with fake ransomware and screen lockers that don’t encrypt any files.

It tricks victims to believes that their system infected with ransomware tricked into paying a ransom demand in an attempt to regain access to their data.

In another Donald Trump theme locker, it asks victims to take explicit action, when they click on it, suddenly gets a lock screen. if the victims click the button again, then the background will keep on changing.

Researchers also uncovered another politically-themed RAT campaign that delivered a Neshta and NJRAT that utilizing theme and unusual decoy images that names as “Papa-Putin[.]exe.” to deliver the payload to the victim’s machine.

According to Talos research, Finally, we came across a RAT that was being delivered via a Word document titled “12 things Trump should know about North Korea.doc.” At first, the document appeared to not function properly, as it took several minutes for the document to open on an analysis system.

Researchers found that this campaign also using malicious Excel spreadsheets as lure documents that contain an embedded SWF file that developed to infect the victims with ROKRAT.

This mass campaign also pushes crypter with iconography with the name of “Trump Crypter” that helps to evade antivirus detection by encrypting the malicious code associated with malware binaries.

The odd piece of software found in this campaign, called “Trump’s Cyber Security Firewall ™,” appeared to be focused on hardening Windows systems in a politically motivated way.