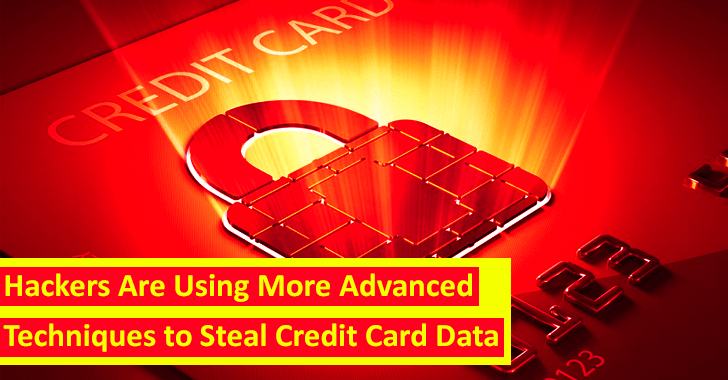 It has been observed by researchers from Microsoft that credit card skimmers are on the rise, in which threat actors are employing more sophisticated methods in order to hide their malicious code that steals information from consumers.

In order to avoid detection, threat actors hide their code snippets in image files, inject them into web applications that are popular, and disguise them as white-hat sites.

Due to this, threat detection products lose their effectiveness and make it harder to detect threats. As a result, this situation compromises the users’ security and privacy.

How does Web Skimming Work?

An important purpose of web skimming campaigns is to capture and exfiltrate, during the checkout process, customers’ payment information, such as their credit card number.

For this purpose, attackers typically attack e-commerce platforms and Content Management Systems (CMSs) using vulnerabilities to gain access to specific pages on which they want to insert the script for skimming.

Another method that is often used to attack supply chains is the use of web-based attacks. The attackers resort to this method by exploiting the vulnerabilities in third-party plugins, third-party themes, or compromising ad networks to serve malicious ads.

This increased frequency of attacks was the reason that the PCI SSC issued a bulletin, warning users of the threat and urging them to take action.

An upswing in the use of three traditional hiding methods was observed by security analysts as part of the analysis and here they are:-

In the first scenario, as false favicon files, the malicious image files are injected into the target server. The contents of these files include a PHP script which is accompanied by a Javascript that is encoded in base64.

After identifying the checkout page, the script runs a check to exclude the administrator user from viewing the page and then serves a fake form to visitors that are not affiliated with the site.

As part of the attack, the attackers use string concatenation obfuscation to load the scanner using an implant on the target website that loads the scanner from a domain under their control.

In the case of the skimmer itself, the obfuscation is unnecessary, since it is not hosted on the targeted platform but is instead base64 encoded and concatenated from several strings.

One more trend that is showing up across virtually every website is the use of script spoofing, where scammers manufacture fake Google Analytics or Meta Pixel tracking pages to make skimmers appear legitimate.