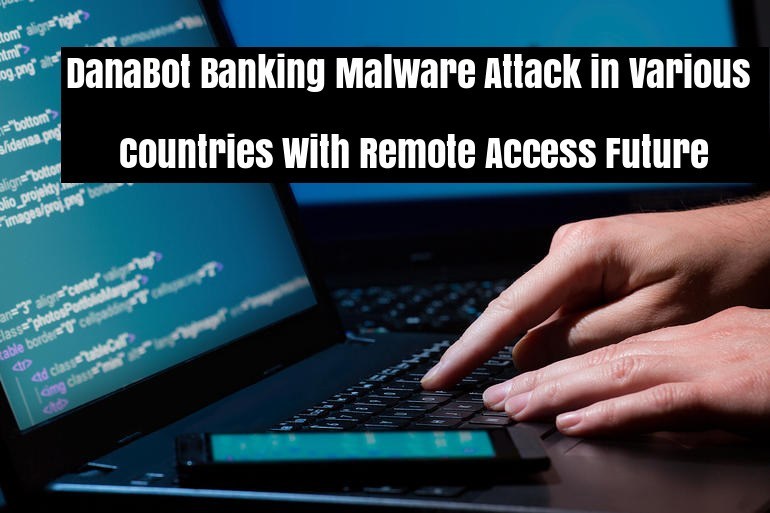 DanaBot content some evasion technique such as extensive anti-analysis features and targeting various countries including Poland, Italy, Germany, and Austria, Australia and mainly targeting organization in the U.S.

DanaBot is a banking malware written in the Delphi programming language and also it has some junk codes with extra instructions, conditional statements, and loops.

In order to make difficult to analyze the code by analyst and automatic tools, it uses  Windows API function hashing and encrypted strings.

How Does DanaBot Malware Infection Works

The initial level of infection started with spam email campaign that lures eFax along with download link to the malicious document which contains malicious macros.

Once the user enables the malicious macros then it drops the Hancitor payload as an initial dropper.

Later it drops the DanaBot about banking malware once the victims execute the initial dropper and also it download the two versions Pony stealer.

According to Proofpoint Research, DanaBot is composed of three components:

In this case, both Main component and loader contain a list of 10 C&C IP addresses and the loader used HTTP based C&C server communication.

The attacker using various commands in order to perform various malicious activities in the compromised target.

Malware authors keep changing the C&C server lists approximately every hour and the researchers downloaded the main component in hourly intervals for 24 hours and analyzed the C&C lists.