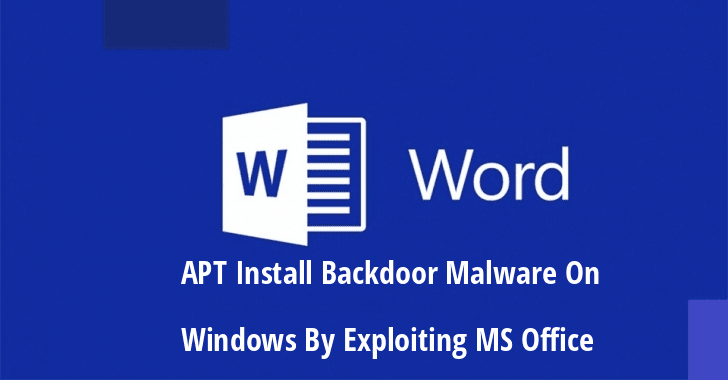 Researchers detect a wave of malware campaigns from a new hacking group named TA2101 that targeting various organizations in German and Italy to deploy the backdoor malware in their network.

Threat actors from this new hacking group using legitimate and licensed penetration testing tools and backdoor framework such as Cobalt Strike and Metasploit to perform the post-exploitation operation.

These kinds of tools and frameworks are legitimately used by an organization to find out the vulnerabilities and secure their environment, at the same time cybercriminals group such as Cobalt Group, APT32, and APT19 taking advantage of the features and used it to deploy the malware.

Attackers initiate these campaigns focused on phishing and increasingly sophisticated social engineering, as well as banking Trojans and ransomware.

Proofpoint researchers observed this campaign from October 16 until November 12, 2019, the collected samples provide a clear indication about the targets, and how they are sending malicious email messages to organizations in Germany, Italy, United States to attack business and IT services, manufacturing, and healthcare.

Among the several samples that were delivered via malspam emails, most of the email attachment contains weaponized word documents.

Email body content tempts victims to open the attachment that leads to executing the macro and turn it on to execute the PowerShell script.

The obfuscated Powershell script eventually downloads and installs the Maze ransomware from the command & control server and drops into the victim’s device.

Same Weaponised word document used for this campaign, once executed, it installs the IcedID payload onto the targets mainly Healthcare vertical, using the same infection chain.

“Researchers also Observed a consistent set of TTPs (Tactics, Techniques, and Procedures) that allows attribution of these campaigns to a single actor with high confidence. These include the use of .icu domains, as well as identical email addresses for the Start of Authority (SOA) resource records stored for the DNS entries for the domains used in these campaigns”, Proof point said.