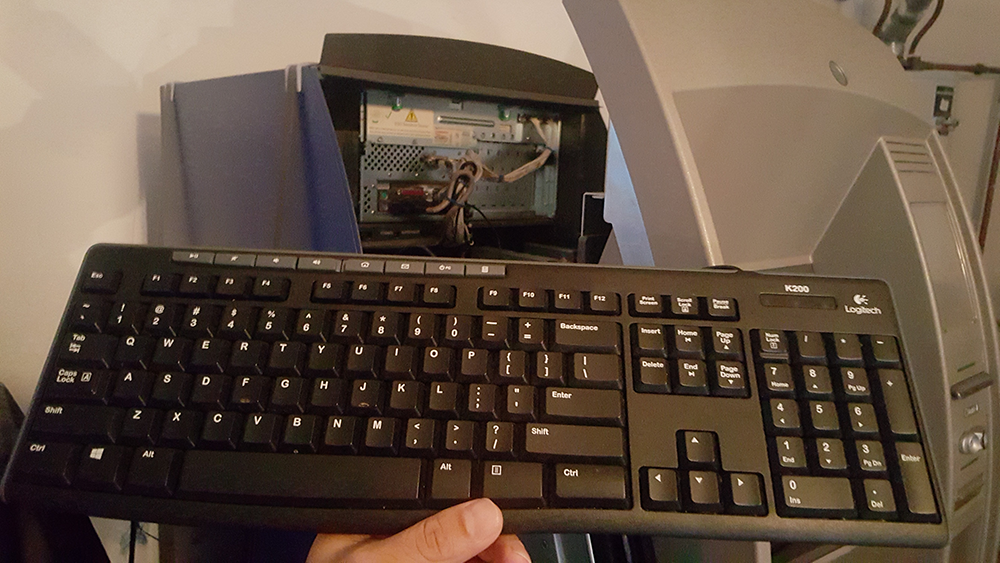 Ploutus is one of the most advanced ATM malware families we’ve seen in the last few years. Discovered for the first time in Mexico back in 2013, Ploutus enabled criminals to empty ATMs using either an external keyboard attached to the machine or via SMS message, a technique that had never been seen before.

Once deployed to an ATM, Ploutus-D makes it possible for a money mule to obtain thousands of dollars in minutes. A money mule must have a master key to open the top portion of the ATM (or be able to pick it), a physical keyboard to connect to the machine, and an activation code (provided by the boss in charge of the operation) in order to dispense money from the ATM. While there are some risks of the money mule being caught by cameras, the speed in which the operation is carried out minimizes the mule’s risk.

This blog covers the changes, improvements, and Indicators of Compromise (IOC) of Ploutus-D in order to help financial organizations identify and defend against this threat.

Ploutus-D (observed in the wild with the filename of “AgilisConfigurationUtility.exe”) can run as a standalone application or as a Windows service started by a Launcher (observed in the wild as “Diebold.exe”). Although multiple functionality is shared between the two components, the main difference is that Ploutus-D is the component with the capability to dispense money.

This time, the attackers put more effort into trying to obfuscate and protect their code from reverse engineering by switching from .NET Confuser to Reactor. A quick look at how the protected code appears is shown in Figure 1.

Once the code is deobfuscated, it is easy to understand the internal workings. Before the Launcher execution starts, it will perform an integrity check on itself to make sure it has not been altered.

The Launcher can receive different arguments in the command line to either install as a service, run Ploutus-D, or uninstall from the machine. The service properties can be seen in Figure 2.

Figure 2: Service Description of the Launcher

Using a very common persistence technique, the malware will add itself to the “Userinit” registry key to allow execution after every reboot. The key is located at:

Interacting with the Launcher

The attacker must interact with the Launcher by attaching a keyboard to the ATM USB or PS/2 port. Figure 3 below shows an example of this setup.

Once the Launcher has been installed in the ATM, it will perform keyboard hooking in order to read the instructions from the attackers via the external keyboard. A combination of “F” keys will be used to request the action to execute (see Figure 4).

Figure 4: Interacting with the Launcher via keyboard

The main tasks supported are:

As seen in Figure 5, a request has been sent to run Ploutus-D (AgilisConfigurationUtility.exe) from command line.

Figure 5: Starting Ploutus-D by the Launcher

Legitimate KAL ATM software is dropped into the system along with Ploutus-D, as shown in the Figure 6. The reason for this is to make sure that all the software and versions needed to properly run the malware are present in the same folder to avoid any dependency issues. The same technique was also used by the first version of Ploutus.

Figure 6: Dropped files by the Launcher

The K3A.Platform.dll DLL will load the Kalignite Platform to allow Ploutus-D to control the ATM.

This shows that the attackers likely have access to the targeted ATM software. They can either buy physical ATMs from authorized resellers, which come preloaded with vendor software, or they could just steal the ATMs directly from the bank’s facility. An example of a real incident reported in Mexico is shown in Figure 7.

Looking at the unprotected code (see Figure 9), the connection with Ploutus became evident since the names of most of the functions are the same as in the first version.

Ploutus-D will make sure a mutex with the name “KaligniteAPP” does not exist in the system in order to start running. Similar to the Launcher, Ploutus-D will hook the keyboard in order for the attackers to interact with it; however, apart from receiving commands from “F” keys, it will also read from the numeric pad (numbers).

Similar to the previous version, the GUI will be enabled by entering a combination of “F” keys. Then, a valid 8-digit code must be entered in the GUI in order to be able to dispense money. Ploutus-D also allows the attackers to enter the amount to withdraw (billUnits – 4 digits) and the number of cycles (billCount – 2 digits) to repeat the dispensing operation (see Figure 10).

The Ploutus-D GUI is displayed in Figure 11. It is configured to list properties of 18 cassettes (C1-C18). Letter “D” shows the status of the cassette and “CV” is a value taken from the registry. The message “Estado:Activado”, which means “State: Activated”, is displayed if a valid code has been entered. The ATM ID and HW_ID are unique to the ATM. The amount to be retrieved is displayed as: “Cantidad: 500” (default value if no amount entered in the GUI). The total amount depends on the currency, which is also calculated by the malware.

All the actions are logged into a file with the name “Log.txt”. An extract can be seen in Figure 12.

In order for the mule to be able to start dispensing money, a valid 8-digit code must be entered. This code is provided by the boss in charge of the operation and is calculated based on a unique ID generated per ATM, and the current month and day of the attack.

Once a valid activation code has been entered (which expires in 24 hours), the dispensing process will start by pressing “F3” from the external keyboard.

The malware will first identify the cassette’s denomination by querying the registry denomination table from Diebold Dispenser Logical Name “DBD_AdvFuncDisp” at:

A similar strategy will be used to get the cassette’s status and type, to make sure they are working properly, and, more important, to identify that it has at least one bill to withdraw.

Ploutus-D will load “KXCashDispenserLib” library implemented by Kalignite Platform (K3A.Platform.dll) to interact with the XFS Manager and control the Dispenser (see Figure 13).

Figure 14 shows a graphical representation of the XFS Manager and its interaction with Kalignite Platform via KXCashDispenserLib.

The knowledge shown in the code to properly implement all the different classes and methods to control the Dispenser suggests that the developers of the malware have either access to real ATMs during the development or they hired individuals with experience coding on these machines.

Expanding Ploutus to other ATM vendors

Kalignite Platform is said to support 40 ATM vendors. Looking at the code to dispense money, the only pieces adjusted to target Diebold are the different registry keys to read the cassette (DBD_AdvFuncDisp) parameters (see Figure 15).

Since Ploutus-D interacts with the Kalignite Platform, only minor modifications to the Ploutus-D code may be required to target different ATM vendors worldwide.

As anticipated in our 2017 predictions report, the use of ATM malware will continue to increase, especially in underdeveloped countries with weaker physical security controls. By leveraging the Kalignite Platform, Ploutus can be easily modified to attack various ATM vendors and operating systems.