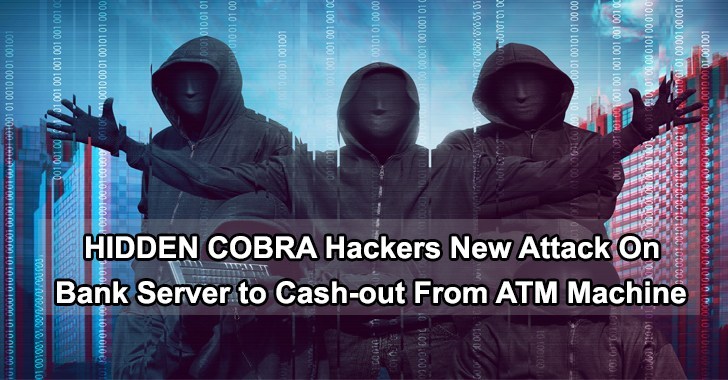 Attackers using a various mechanism to compromise and maintain the persistance in the victim’s network.

In this case, FBI & DHS issued a serious warning about this cyber attack and examines the tactics, techniques of FASTCash-Related Malware.

APT attackers initiating this ATM based attack mainly targeting against Africa and Asia based banks and still investigating this incident to confirm whether it targets any other origins.

Previous similar incidents conducted by HIDDEN COBRA hackers have stolen tens of millions of dollars and they enabled cash to be simultaneously withdrawn from ATMs located in over 30 different countries.

Another incident in this year same threat actors enable the cashout and withdraw money from ATMs in 23 different countries.

How Does This FASTCash campaign Works

Mainly they are using Windows-based malware to explore a bank’s network that helps to identify the payment switch application server.

Also, the APT group has highly skilled experts who all are having extraordinary knowledge in International Standards Organization (ISO) 8583—the standard for financial transaction messaging to deployed ISO 8583 libraries on the targeted switch application servers.

Finally, the injected malicious script basically alter the expected behavior of the server by targeting the business process, rather than exploiting a technical process. US-CERT said.