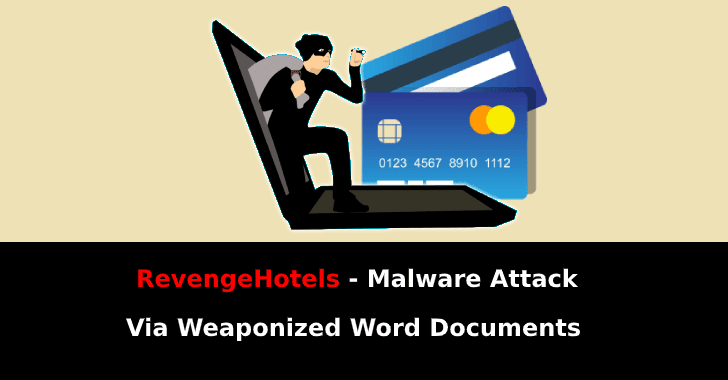 The campaign uses email as the main attack vector to deliver malware via weaponized Word, Excel or PDF documents. In some cases, it exploits patched Remote Code Execution Vulnerability CVE-2017-0199 in Microsoft Office or WordPad.

Researchers from Kaspersky observed tow hacking groups ProCC and RevengeHotels targeting the hospitality sector and they found to be active at least from 2015.

Threat actors use to register typo-squatting domains impersonating the legitimate company names to trick the user believing the email is from the legitimate source.

They use to send emails with details for booking hotels and the spear-phishing email written in the Portuguese language with the malicious file named Reserva Advogados Associados(.)Docx (Attorneys Associates Reservation(.)Docx) attached.

When the user opens the attached malicious Word document, it drops a remote OLE(Object Linking and Embedding) object via template injection technique to execute the macro that presents inside OLE.

The macro that presents inside contains a PowerShell code that downloads the final payload. The final payload in one such example is a RevengeRAT, the threats include an additional module called ScreenBooking to steal credit card details.

“These criminals also infect front desk machines to capture credentials from the hotel administration software; they can then steal credit card details from it too,” reads the Kaspersky blog post.

Researchers believe the attack has global reach and victims confirmed in the following countries.