The operators behind the Rig Exploit Kit have swapped the Raccoon Stealer malware for the Dridex financial trojan as part of an ongoing campaign that commenced in January 2022.

The switch in modus operandi, spotted by Romanian company Bitdefender, comes in the wake of Raccoon Stealer temporarily closing the project after one of its team members responsible for critical operations passed away in the Russo-Ukrainian war in March 2022.

The Rig Exploit Kit is notable for its abuse of browser exploits to distribute an array of malware. First spotted in 2019, Raccoon Stealer is a credential-stealing trojan that’s advertised and sold on underground forums as a malware-as-a-service (MaaS) for $200 a month.

That said, the Raccoon Stealer actors are already working on a second version that’s expected to be “rewritten from scratch and optimized.” But the void left by the malware’s exit is being filled by other information stealers such as RedLine Stealer and Vidar.

Dridex (aka Bugat and Cridex), for its part, has the capability to download additional payloads, infiltrate browsers to steal customer login information entered on banking websites, capture screenshots, and log keystrokes, among others, through different modules that allow its functionality to be extended at will. 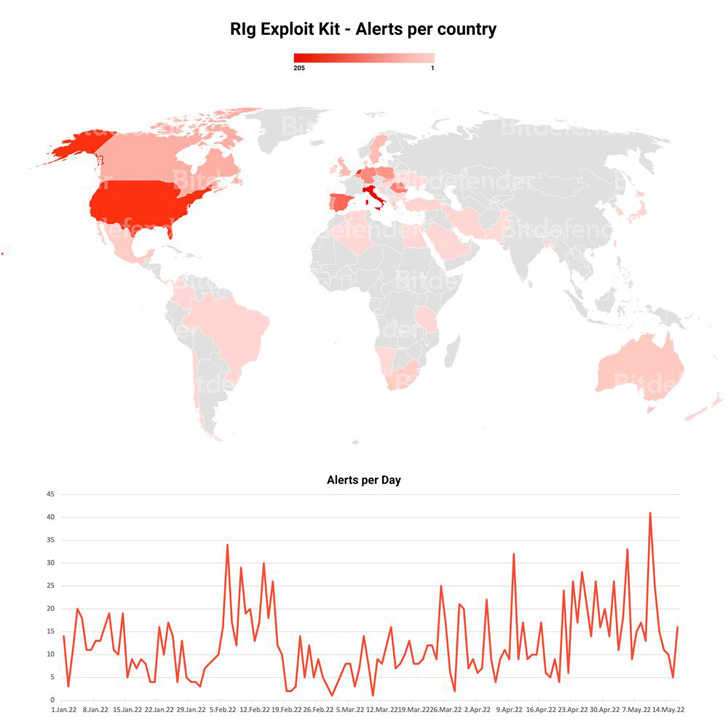 That’s not all. Last May, a separate campaign exploited two scripting engine vulnerabilities in unpatched Internet Explorer browsers (CVE-2019-0752 and CVE-2018-8174) to deliver a malware called WastedLoader, so named for its similarities to WasterLocker but lacking the ransomware component.

“This once again demonstrates that threat actors are agile and quick to adapt to change,” the cybersecurity firm said. “By design, Rig Exploit Kit allows for rapid substitution of payloads in case of detection or compromise, which helps cyber criminal groups recover from disruption or environmental changes.”