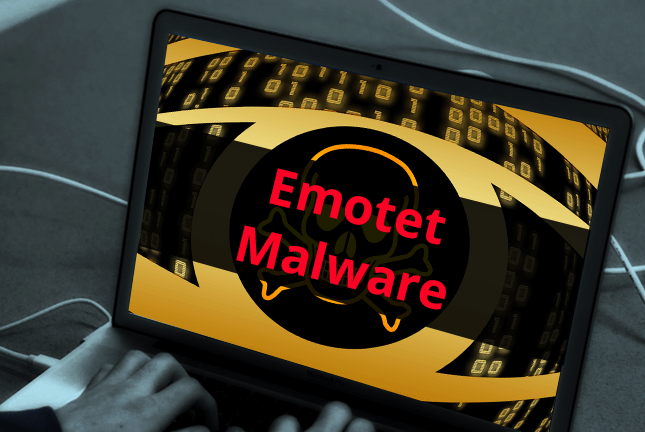 The US-Cert team issued an alert for advanced Emotet banking malware attack that targets governments, private and public sectors in the most destructive way to steal various sensitive information.

Emotet banking malware is continually spreading since 2017 and it is one of the costly banking trojans that mainly affecting territorial (SLTT) governments.

It is one of the rapidly spreading banking trojans that could cost around $1 Million to recovered the affected networks and the malware authors are continuously improving the malware to maintain the persistence.

Emotet banking malware primary responsibility as a dropper or downloader to drop the new banking Trojans and it is capable of evading the signature-based detection by modifying the registry keys.

Emotet Malware authors using very clever techniques to alert false indication when it run into the virtual environment and Modular DLLs function helps to continuously evolve and update its capabilities.

Emotet banking malware intially spreading via Email that contains malicious attachments or links and the mail contants posed as legitimate PayPal receipts, shipping notifications to trick users to open it.

Once users click the link or attachment or macro enable word document then the Trojan propagate its infection process across the local networks.

According to US-CERT , There are 5 known spreader modules used by Emotet banking malware: NetPass.exe, WebBrowserPassView, Mail PassView, Outlook scraper, and a credential enumerator.

Once it complete the infection process, Emotet injects code into explorer.exe and other running process and collect the various sensitve information such as system name, location and other sensitive information and connect with C&C server.