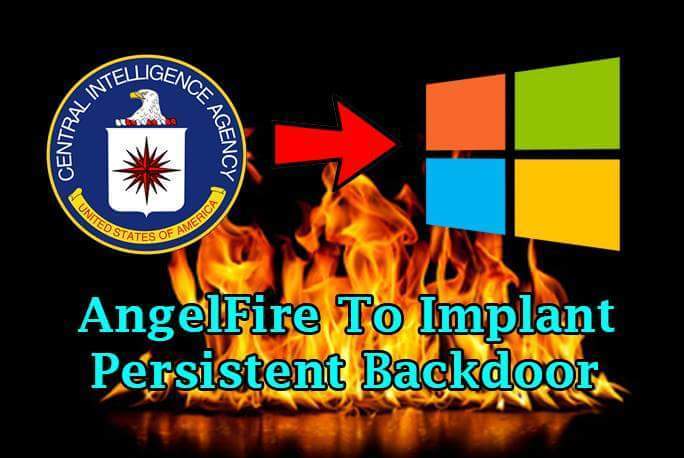 WikiLeaks Revealed a new Document of CIA Hacking Tool called “Angelfire” which comprised of 5 integrated components that are used to Compromise the Windows Computers Especially Windows 7 and Windows XP.

Angelfire is a Framework Designed by CIA that can load and execute custom implants (polymorphic multipartite virus) into the Targeting Windows Computer and infect partition boot sector.

Solartime helps to modify the partition boot sector to load some kernel code. This Modification leads to modifies the Windows boot process so that when Windows loads boot time device.

A small file combined with implant driver and Solartime boot code is placed into a Small file on Disk and that Specific File is encrypted.

Above Solartime executes By helping of Wolfcreek kernel code. Wolfcreek can able to load other Drivers user-mode applications using its self-Loading Driver capability.

According to CIA Document, Keystone is responsible for starting user applications. Any application started by MW is done without the implant ever being dropped to the file system. In other words, a process created and the implant is loaded directly into memory. Currently, all processes will be created as svchost.