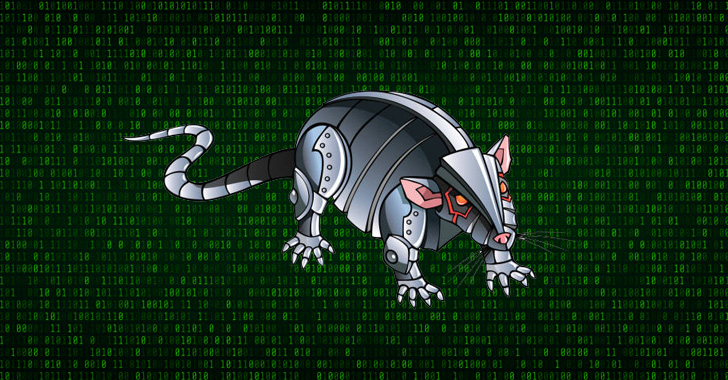 A threat actor tracked under the moniker Webworm has been linked to bespoke Windows-based remote access trojans, some of which are said to be in pre-deployment or testing phases.

The cybersecurity firm said at least one of the indicators of compromise (IOCs) was used in an attack against an IT service provider operating in multiple Asian countries.

It’s worth pointing out that all the three backdoors are primarily associated with Chinese threat actors such as Stone Panda (APT10), Aurora Panda (APT17), Emissary Panda (APT27), and Judgement Panda (APT31), among others, although they have been put to use by other hacking groups.

Symantec said the Webworm threat actor exhibits tactical overlaps with another new adversarial collective documented by Positive Technologies earlier this May as Space Pirates, which was found striking entities in the Russian aerospace industry with novel malware.

Other tools in its malware arsenal include Zupdax, Deed RAT, a modified version of Gh0st RAT known as BH_A006, and MyKLoadClient.

Webworm, active since 2017, has a track record of striking government agencies and enterprises involved in IT services, aerospace, and electric power industries located in Russia, Georgia, Mongolia, and several other Asian nations.

Attack chains involve the use of dropper malware that harbors a loader designed to launch modified versions of Trochilus, Gh0st, and 9002 remote access trojans. Most of the changes are intended to evade detection, the cybersecurity firm said, noting initial access is achieved via social engineering with decoy documents.

“Webworm’s use of customized versions of older, and in some cases open-source, malware, as well as code overlaps with the group known as Space Pirates, suggest that they may be the same threat group,” the researchers said.

“However, the common use of these types of tools and the exchange of tools between groups in this region can obscure the traces of distinct threat groups, which is likely one of the reasons why this approach is adopted, another being cost, as developing sophisticated malware can be expensive in terms of both money and time.”