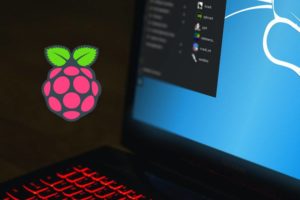 The humble Raspberry Pi, a single-board integrated computer based-on ARM architecture has become very influential in the field of enthusiast computing. With specifications akin to a smartphone of 2011:

It is really amazing how many people have expressed their enthusiasm for a small $35 device. The number of operating systems that can be installed on adds more value on how people can utilize it. One good example is installing Kali Linux, the most preferred Linux distribution for penetration testing.

Kali Linux Gemini 2019.1 is available for download and fully compatible for small scale ARM hardware, like the Raspberry Pi 3. “We have a fascination with ARM hardware, and often find Kali very useful on small and portable devices. Over time, we have Built Kali Linux for a wide selection of ARM hardware and offered these images for public download. The scripts used to generate these images can be found on Github. These images have a default password of “toor” and may have pre-generated SSH host keys. These images are built using the “kali-rolling” repositories, and contain their respective kernel sources in case you need to compile extra drivers or another kernel dependent code,” explained Offensive-security.com, the official distributor of the ARM Kali Linux images.

1. Go to https://www.offensive-security.com/kali-linux-arm-images/, and download the Gemini Kali Linux 2019.1 Tarball. It is around 2.3GB in size.
2. The contents of the tarball needs to be extracted, in Windows a 3rd party program is needed for the process, like WinRar. In Linux, the file can
be extracted by right-clicking the file and choosing the extract command.
3. The resulting file needs to be burned to the microSD card, with the use of an image burning program such as Win32DiskImager. Use the extracted
file image in Win32DiskImager, and it will automatically burn the image to the microSD. All data stored in the microSD will be deleted as part of the burning process.
4. Insert the microSD card with the loaded Kali Linux to the Raspberry Pi’s microSD slot.
5. Plug all the necessary peripheral devices, such us the HDMI to monitor cable, keyboard and mouse, and power brick to the Raspberry Pi.
6. The device will look for its microSD card slot, and will load the Kali Linux software into its memory.
7. The Kali Linux login screen will be displayed, just type “root” as the username and “toor” as the password.
8. Install the other extra packages that are needed on top of the Kali Linux installation using its default package management program.

The device can now be used just like any install of Kali Linux on the x86 desktop/laptop. However, since this is the ARM version, it will only include package installation options for ARM-compatible apps, not the x86 apps.

How To Install Kali Linux In Android

Kali Linux 2019.1 Released, with Many Bug Fixes and Updates