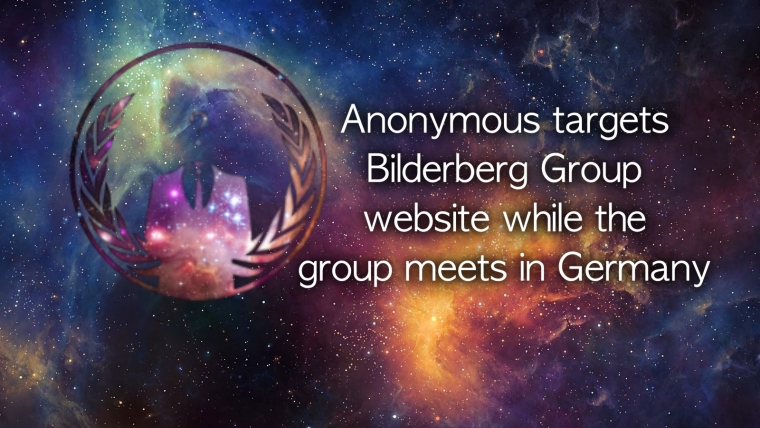 Anonymous hacktivists conducted  DDoS attacks on the Bilderberg Group website when the group was having a meeting in Germany!

It seems like the online hacktivist Anonymous has moved its focus from banks to even bigger fishes as this time the group has conducted a powerful cyber attack on the official website of Bilderberg Group, Bilderberg conference, Bilderberg meetings or Bilderberg Club, a controversial annual private conference of 120 to 150 people (also referred as political elite) of the European and North American political elite, experts from industry, finance, academia, and the media.

The cyber attack would have been a usual act of hacktivism but what makes it special is that the conference is starting from today till the 12th of this month (9th June to 12th June) in Germany and targeting the conference website when it’s about to begin shows Anonymous is sending a clear message to the elite. The attendees of this conference include former heads of the CIA and MI6, bankers, prime ministers and heads of states.

However, on June 8th, the Bilderberg Group faced distributed denial-of-service attacks (DDoS) forcing the servers to remain offline for about four hours. A screenshot shared by Anonymous hacktivists on their Facebook page shows the moment when the group’s site went offline: 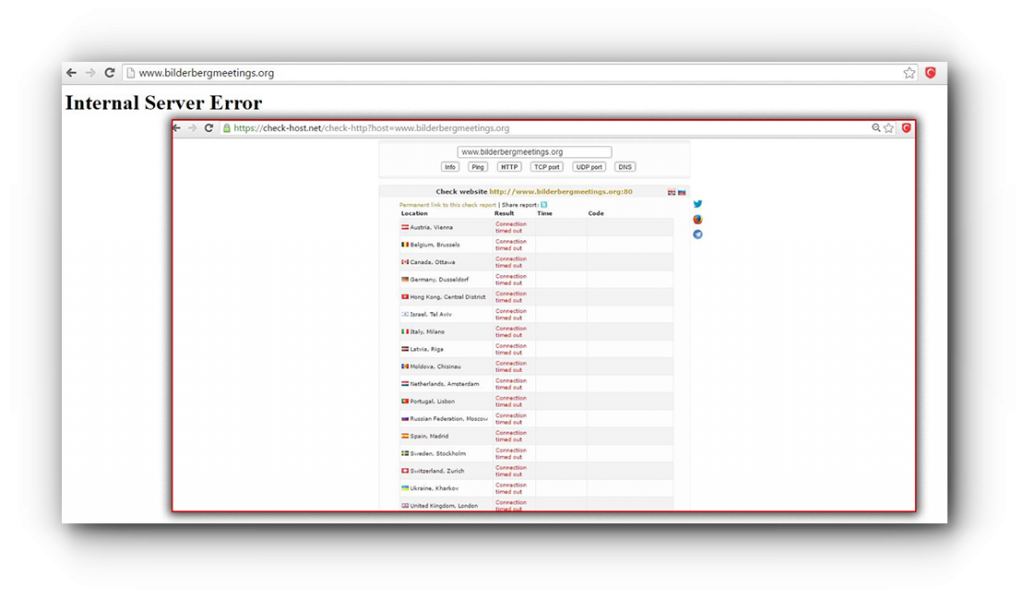 In an exclusive conversation with hacktivists behind the attack, HackRead was told that:

“The elite will pay for their crimes. We support all of the on-ground protests taking part around the world right now and want to invite all online and offline activists to join the global revolt against a tyrannic and corrupt system. The time to either be part of that system or reject that system is now. No more are we prepared to watch our “elite” run this planet into the ground at the expense of everybody else’s life. We are the 99% and we are angry. We choose to reject this system at any cost. Only after disaster can we be resurrected. It’s only after you’ve lost everything that you’re free to do anything. In the end, everything you own ends up owning you. The time has come for us to free ourselves from these chains and remind ourselves again that we were not born as prisoners. People all around the world are starting to fight back. So are we. Each of us has the power to end wars and create a better world. All we have to do is resist together. We are the echo of society. we are the voice of the voiceless. Respect Existence or Expect Us!”

At the time of publishing this article, the Bilderberg Group’s website was restored and available for public access.