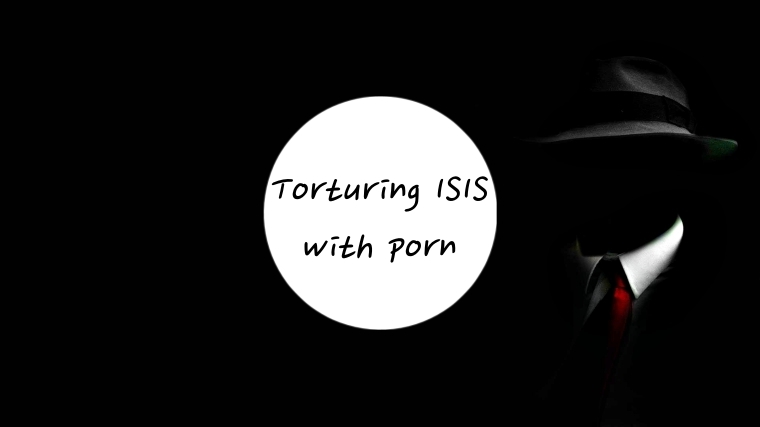 Reportedly, the Twitter handles of ISIS supporters have been receiving a massive number of pornographic posts. The reason? A hacker who seems to be associated with the world-famous hacktivist collective Anonymous has managed to take over Twitter accounts of ISIS supporters and extremists who propagate about the jihadist ideology of the terrorist organization using these accounts.

Most of the posts from the hacker, who uses the nick WauchulaGhost, contain witty and somewhat humiliating content against ISIS followers. Currently, we have no information regarding how the hacker was able to gain access to so many ISIS supporters’ accounts or in total how many accounts have been hijacked. 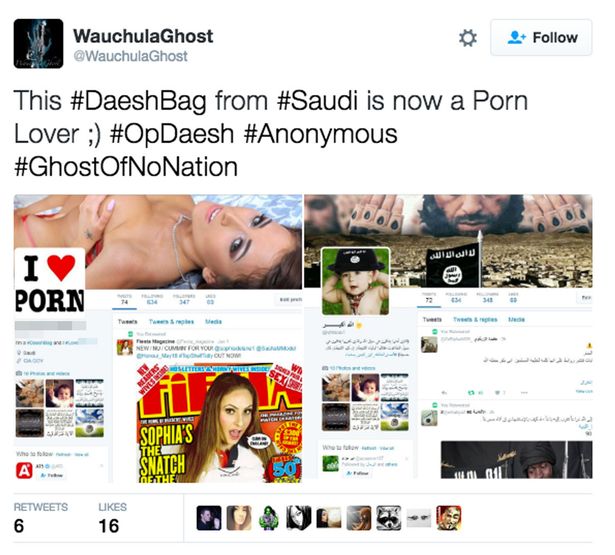 In case you are wondering how are we so sure about this particular hacker’s association with the notorious hacker group Anonymous, then please be informed that the hacker’s own Twitter account has Anonymous included. This hints that the hacker is possibly linked with Anonymous’ network.

As far as the information about how the hacker identified so many supporters of ISIS, what we know so far is that the hacker singled out Twitter users who used ISIS hashtags in large numbers and were able to target hundreds of accounts within a few minutes.

Please take note that after the Paris Attacks last year, Anonymous declared cyber war against the jihadist organization and also started a campaign against the Islamic State on social media by stating that:

“Our freedom is once again under attack… This cannot continue.”

“Following the attacks in Paris last November, we have fought daily against terrorism and we have silenced thousands of Twitter accounts directly linked to ISIS. We severely punish Daesh (another name for ISIS) on the dark net, hacked their electronic portfolio and stolen money from the terrorists.”