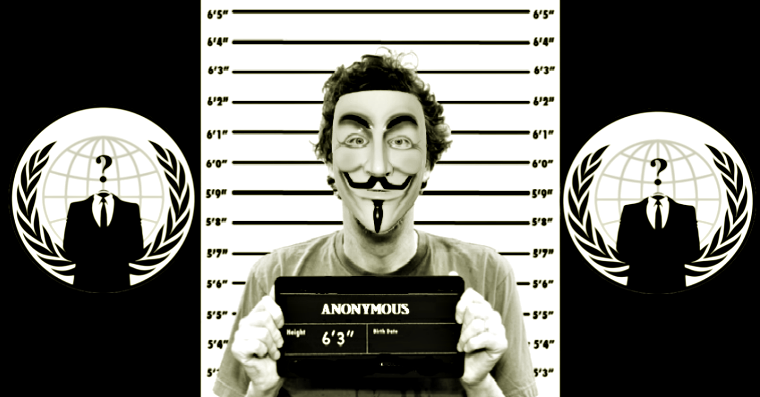 French judicial system is known for its speedy justice and serving the culprits well. This is, therefore, not a surprise that a Paris criminal court is due to sentence the three apprehended Anonymous members accused of targeting government websites and leaking crucial personal information of 541 police officers in 2012. The ruling will be held on 22 March.

The police lawyer, Daniel Merchat, has asked the court to give these men one year suspended sentence as well as a fine of 5,000 euros each. The trial is being conducted on the three activists for accessing the Police union website and disclosing official data after stealing it in 2012 along with an additional charge of breaking into two French government websites and keeping them offline for days.

The information of the police officers, which was leaked by these men aged between 22 and 27, included names, contact numbers and personal & professional email IDs. These 541 officers were members of the SGP-FO police union. The responsibility for the hack attack on the police union website was later claimed by Anonymous, the renowned group of hacktivists.

In response, the police officers who were targeted are now demanding 73,000 euros, claims another lawyer Matthieu Hy.

Merchat states that the leaked contact information of their police officers is possibly being accessed by anyone who wants to “target France.”

According to one of the defendants, this attack was conducted as a retaliatory act against the arrests of several Anonymous’ members by the French police and the suspension of the famous website Megaupload by the US Department of Justice at that same time.

Megaupload, for the information of our readers, was an online storage and viewing services provider platform. It was supposedly leading DDoS (Distributed denial of service) attacks on various police, government and copyright organization websites in collaboration with the Anonymous group. Court documents suggest that their array of attacks included the French attacks as well.