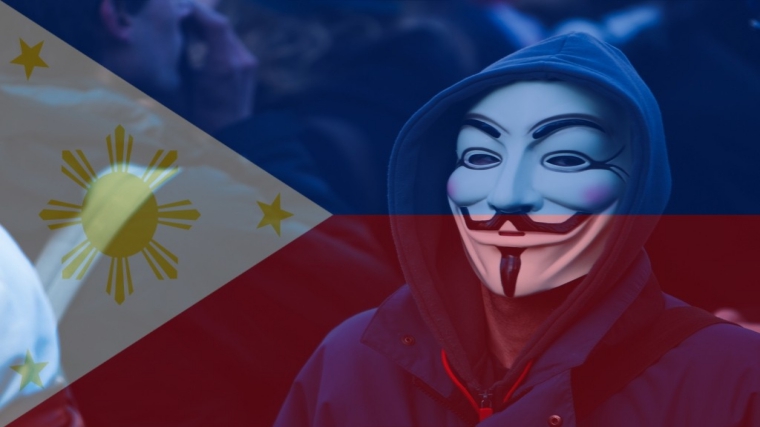 On March 27, the hacktivist group Anonymous’ Philippines attacked the Comelec website and defaced it to prove their point that the entire electoral process is highly in Philippines vulnerable. The hackers also leaked country’s entire voters’ data online. Now, reports are that one of the hackers have been arrested.

Paul Biteng was arrested on Wednesday night after 07:00pm by the agents of National Bureau of Investigation (NBI) from his residence situated at Tuazon and Miguelin streets, Sampaloc, Manila. An arrest warrant was issued by a Malabon City Court and hence, the agents were given the go-ahead by the authorities for arresting Biteng. His computer has also been taken into custody as it will undergo a forensic examination to identify his activities while the hack attack occurred, before it happened and afterward. It is also being suspected that Biteng had two partners who helped in this crime but their exact nature and extent of participation are yet unclear. The NBI, nonetheless, is looking for them and the department has already requested for search warrants.

It is also being suspected that Biteng had two partners who helped in this crime but their exact nature and extent of participation are yet unclear. The NBI, nonetheless, is looking for them and the department has already requested for search warrants.

According to Andres Bautista, the chairman of Comelec, Biteng has admitted already that he was responsible for defacing their website. He further briefed the media that the reason behind this hack attack was that:

“He wanted to show how vulnerable the website is to hacking. He wanted the Comelec to make sure the security features of the vote counting machines would be implemented during the election.”

Instead of conducting this horrendous act, says the chief, Biteng should have reported it to the poll body and the matter has been addressed easily. The charges Biteng faces now will fall under the breaching of theCybercrime Prevention Act’s Section 4A-1, which deals with “illegal access to the whole or any part of a computer system without right.”

It must be noted that Bitend doesn’t belong to any political party and he wasn’t hired by anyone for this hack. It was his personal decision.

According to the head agent of NBI’s cybercrime division Roland Aguto Jr., “the hacker did not use his real identity, location and Internet Protocol Address (IP address) to do it,” he used a dummy account for performing the defacement. He also noted that Biteng was quite “cooperative” during the investigations. The NBI will be issuing its official report on this incident after they receive the forensic report of the personal computer of Biteng.

The department had been searching for Biteng for three weeks, soon after the website was attacked.

The Comelec, meanwhile, tasked its new technical working group to “try to recover the data that were compromised, look after the safety and security of the website and make sure it never happens again.”