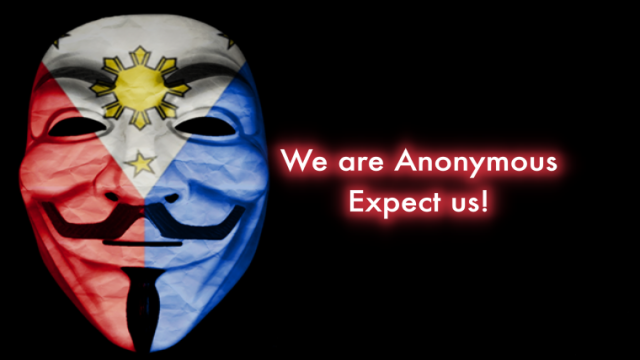 The Filipino front of online hacktivist Anonymous is in the war against their government for the last couple of years with defacements of websites and leaving messages against the policy makers. Now, once again Anonymous Philippines has hacked and defaced the official website of country’s election commission (COMELEC) and warned against the potential rigging on May 9th, 2016 presidential election.

As noticed by Softpedia, the website was hacked on 27th March when Anonymous left a deface page along with a message on the website demanding the election commission to implement security measures on PCOS machines to avoid fraud in the election. 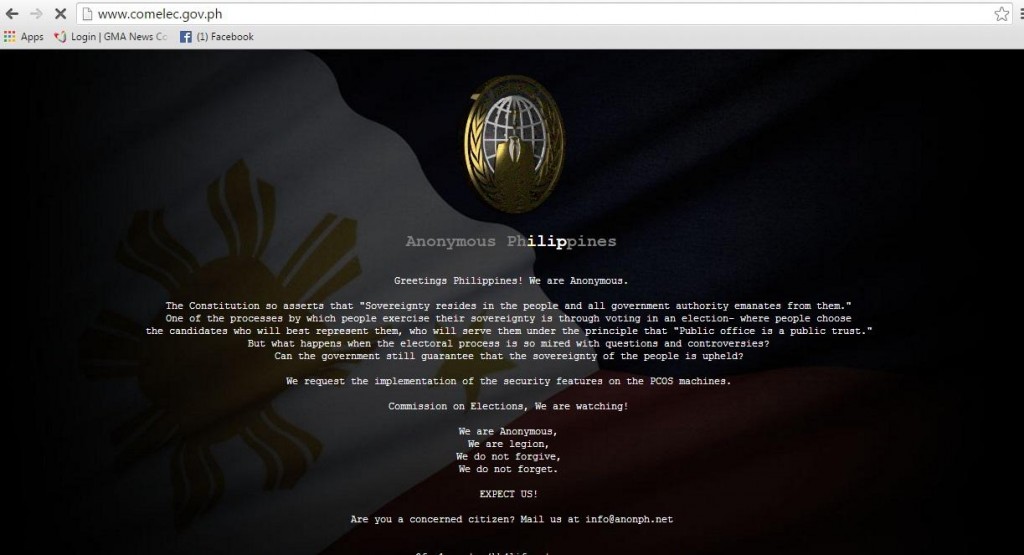 That’s not all. Anonymous Philippines went one step further and posted a video on their Facebook page revealing that the group has access to a complete database of Comelec containing voting information of 55 Million citizens.

Watch this amazing video showing how Anonymous got into the Comelec servers and downloaded the users’ data like a boss!

The IT security company Trend Micro has confirmed that hackers stole 16 databases and leaked it over the Internet. The leaked data contained voter information of 55 million voters including full names, date of birth, passports and ID cards, the name of parties they support, addresses, 15.8 million fingerprints of voters and 1.3 million records of oversea voters.

[q]“It is too late to expect us: Anonymous tells election commission”[/q]

This is not the first time when a country has its entire voter data leaked online. In December 2015, a security researcher found 191 Million US voter registration records on the Internet. Furthermore, a couple of days ago unknown hackers leaked personal data of 49,611,709 alleged Turkish citizens over the Internet.

Anonymous Philippines is regard as one of the best hacktivists in the country. In the past, the same hacktivists defaced Philippines Telecom Commission website against slow Internet speed. Additionally, the group also hacked Senate’s Majority Leader Vicente “Tito” website against the blacklisted Cyberlaw imposed by the government.