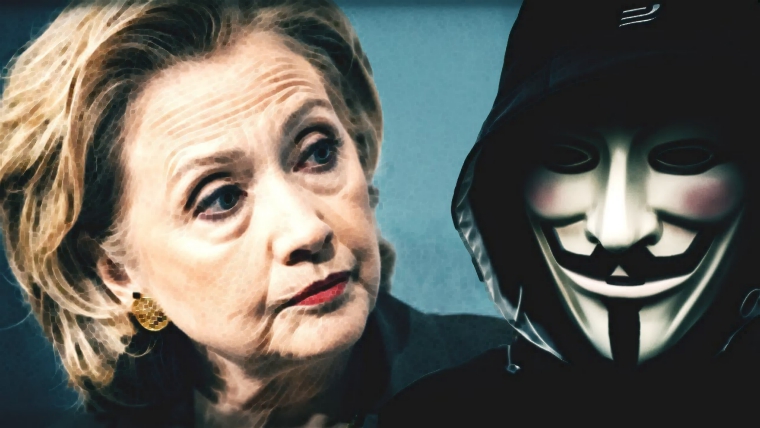 The online hacktivist Anonymous hacked the official Twitter account of Sarah Silverman, a famous American actress, stand-up comedian, producer and writer on 27th July in retaliation for her comment in which she called “Bernie or Bust” supporters ridiculous during Democratic National Convention on Monday.

Silverman stated that “To the ‘Bernie or Bust’ people, you’re being ridiculous,” and in reply on Wednesday; a hacker claiming to be Anonymous took over her verified Twitter handle and Tweeted in English and Russian-language “America, are you awakening?” #Hilary4Prison and #Anonymous. The hacker also posted a video message stating anti-Hillary Clinton comments including calling her ”Root of all Corruption.”

Must Read: Anonymous Urge Hackers To Join Them in Cyber Attacks Against Donald Trump

Here is a screenshot shared by a Twitter user Jimmy McGiggin: 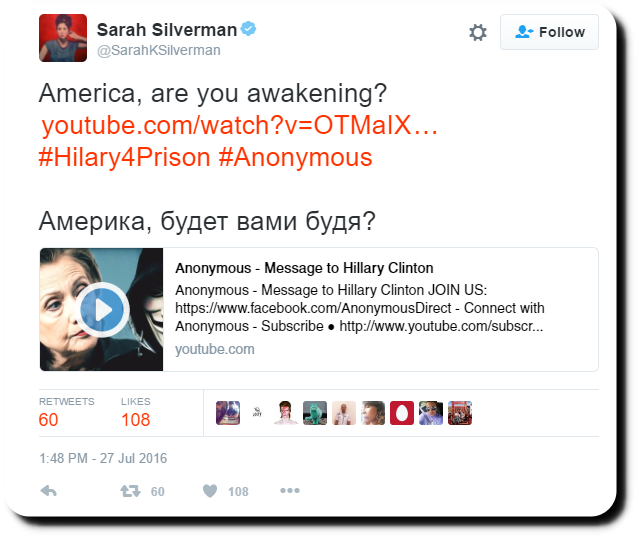 Meanwhile, Sarah Silverman also acknowledged that she was being hacked and denied having any connection with the anti-Hillary tweet that came from her account.

MY TWITTER ACCT GOT HACKED THIS IS NOT ME https://t.co/hmZYLdrjxi

Sarah Silverman has been a powerful pro-Bernie voice throughout the election campaign but some found her comments staggering. It is, however, unclear if Anonymous hackers behind the hacking of her Twitter account support Bernie sanders or not as in the past high-profile voices of Anonymous hacktivist movements denied having a political affiliation or support for any presidential candidate including Sanders.